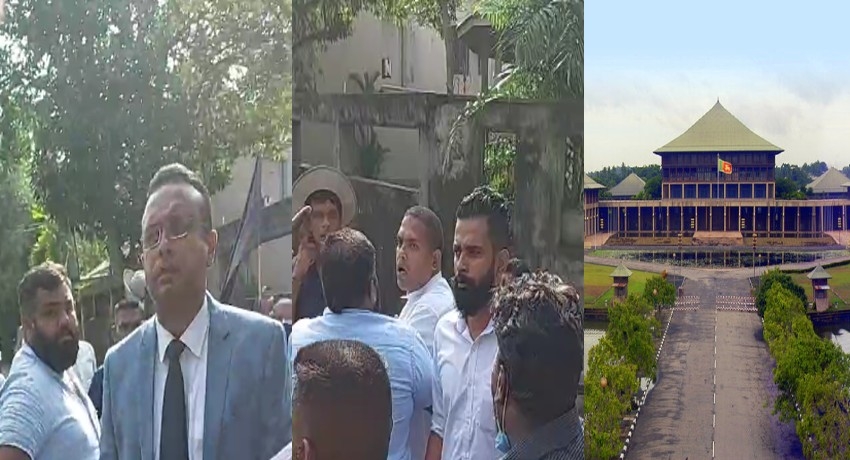 COLOMBO (News 1st); Opposition Lawmakers in Sri Lanka were confronted by angry protestors when they were leaving Parliament on Friday (6), after a day full of arguments and chaos.

On Friday (6) morning, the Inter-University Students Federation continues their protest on the road leading to Parliament, which is now known as HoruGoGama.

However, in the evening as the numbers grew, police officers fired tear gas canisters and water cannons to disperse the crowd, only to find a determined IUSF pushing forward breaking down two lines of barricades set up by Sri Lanka.

While the chaos ensued outside parliament, on the inside opposition MPs led by the Samagi Jana Balavegaya demanded the speaker be summoned to order the police to stop attacking the protestors.

At that time, many government MPs and Ministers were not even in Parliament.

Thereafter, opposition MPs visited the chamber of speaker Mahinda Yapa Abeywardena demanding that he call on the police to stop the attack on the protestors and award them a date to bring forward the motions of no-confidence against the Government and the President.

When they were leaving Parliament later in the evening, they found themselves in a verbal confrontation with a group of angry protestors

This confrontation was shared on social media: