COLOMBO (News 1st); Today marks the International Labour Day, commonly known as May Day, which commemorates the beginning of the massive struggle launched 136-years ago, to ensure the rights of the working class.

In his May Day message, the Leader of the Opposition Sajith Premadasa says that Sri Lanka is celebrating the May Day at a time, when its facing the most tragic and crisis-laden situation since independence.

Premadasa stated that the incumbent Government has pushed our country to the brink of bankruptcy for the first time in the history of Sri Lanka.

The Opposition Leader also pointed out that the country and future generations have been plunged into an unprecedented challenge due to the inability, failure, arbitrary actions and the arrogance of a tyrannical regime.

He also adds that the present anarchic regime, which has failed to create an environment in which the people can live without fear or suspicion, has made its sole existence dependent on state terrorism. 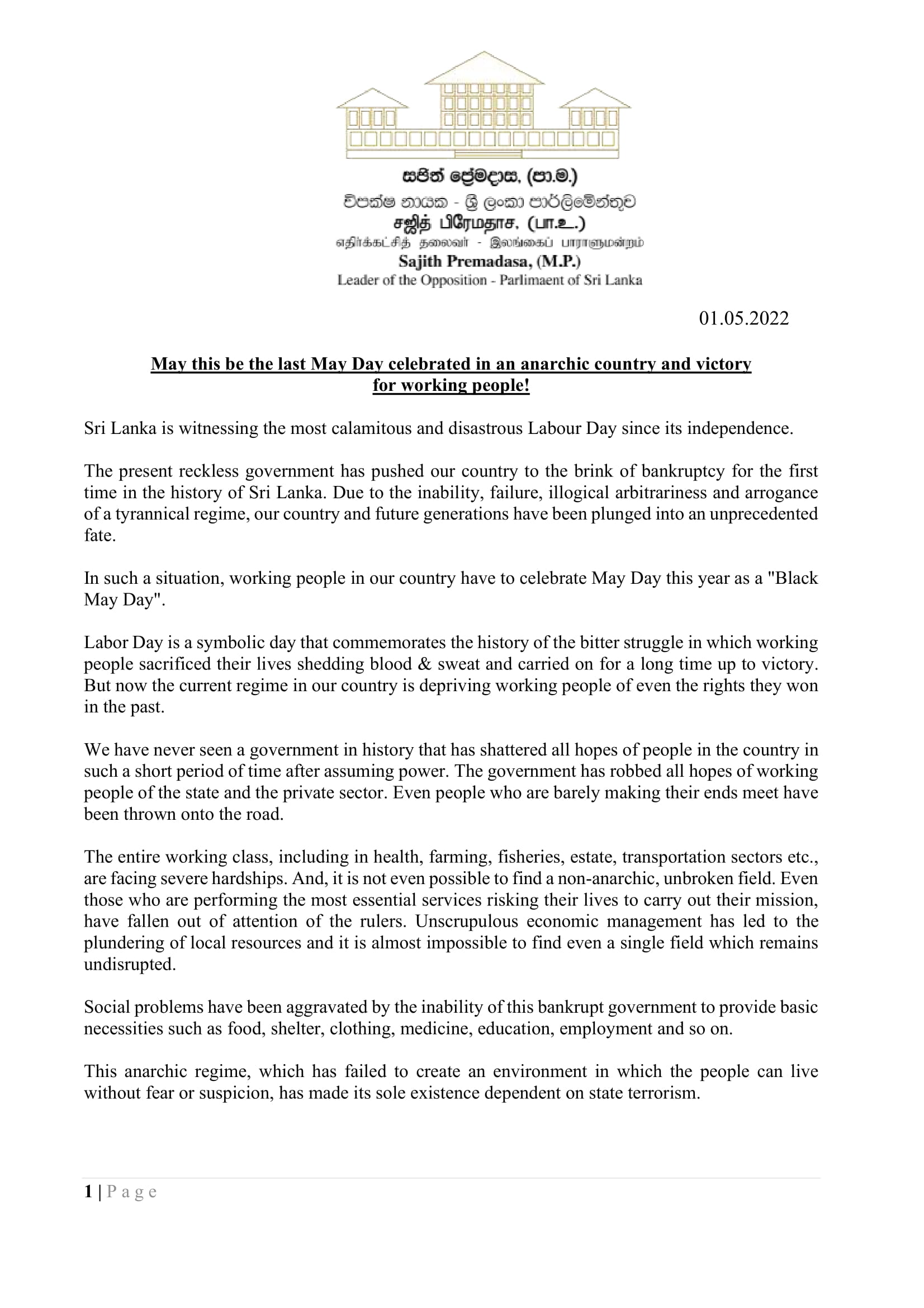 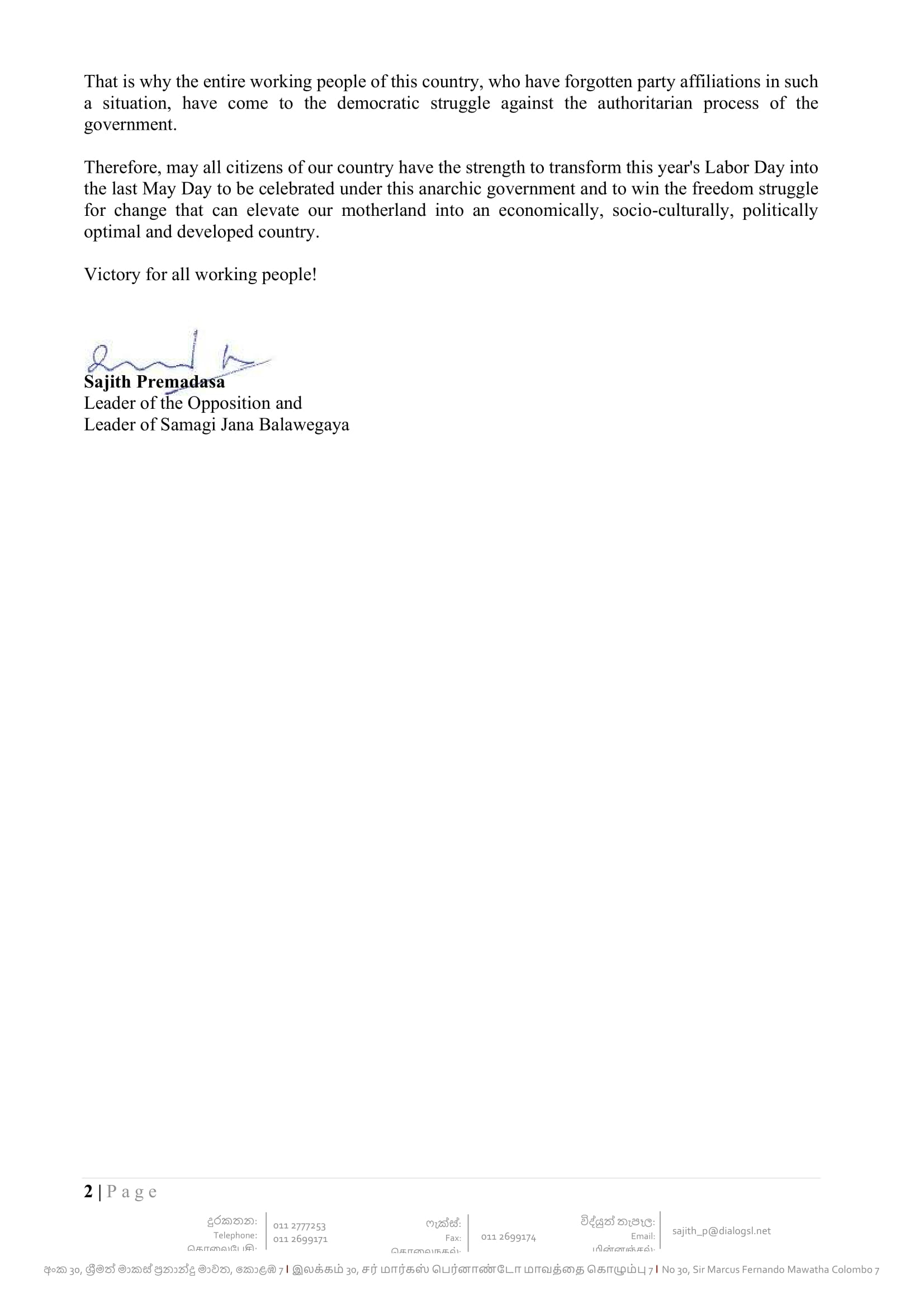