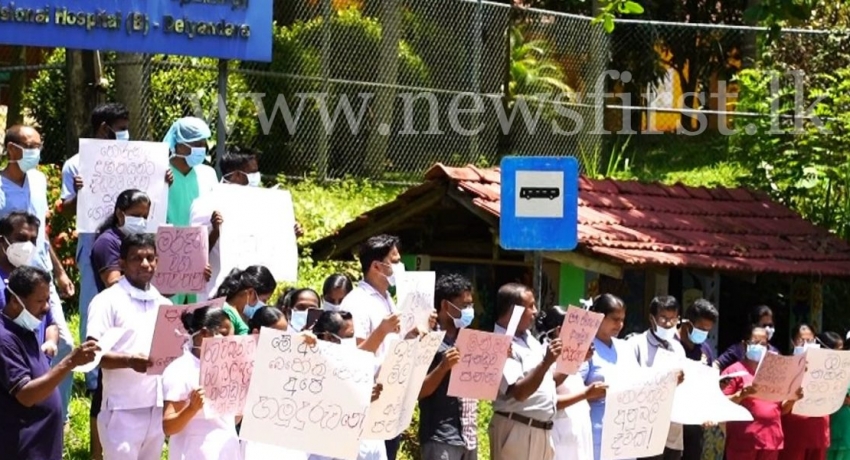 COLOMBO (News 1st); Hospital staff across the country are protesting as part of the nationwide Trade Union action on Thursday (28).

Doctors, Nurses, and minor staff across many hospitals were seen participating in the protest.

As a result of these islandwide protests, Hospital activities were disrupted from 12 noon to 2 PM.

Hundreds of Government, Semi-Government, and private sectors engaged in an island-wide strike on Thursday (28) demanding the immediate resignation of the President, Prime Minister, and the Government.

They call for the immediate removal of the government that has openly accepted its failure, and be replaced by a governance structure that will empower the people while solving all socio-economic issues in the nation.

Several Health Trade Unions including the Government Medical Officers’ Association protested this afternoon in support of the strike.