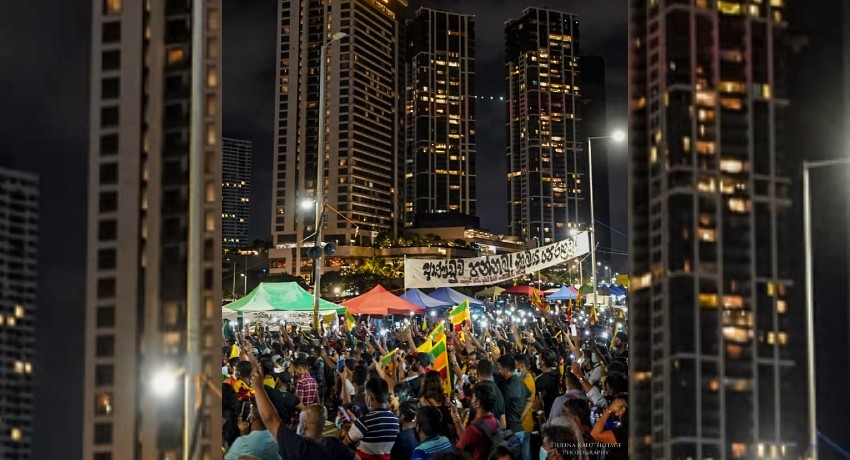 COLOMBO (News 1st); The 28th of April 2022, marks 20 days for the Occupy Galle Face protest that began on the 9th of April with thousands taking over the iconic stretch of Galle Face opposite the President’s Office.

A torrential downpour on Wednesday (27) did not stop the protestors as they continued to demand the immediate resignation of the President, Prime Minister, and the Government.

The protests have already had an impact: On April 4th, the governor of Sri Lanka’s central bank, Ajith Nivard Cabraal, resigned along with the entire cabinet, excluding Prime Minister Mahinda Rajapaksa, who is the brother of President Gotabaya Rajapaksa.

Some 41 members of the ruling coalition have also moved out as independents in Parliament.