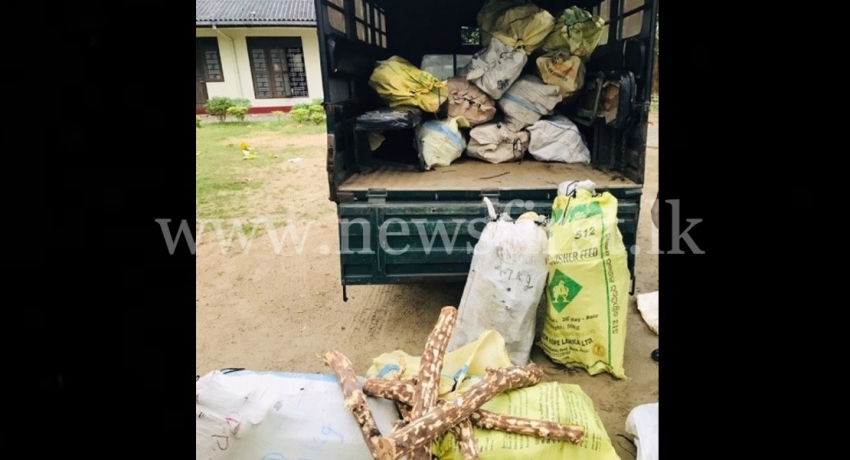 COLOMBO (News 1st); Two people were arrested by the Special Task Force (STF) for the possession of 787kg of White Sandalwood worth approximately Rs.16 Million.

The raid was carried out at a pottery Kiln located in Udawalawa based on information received by the officers of the Special Task Force Intelligence Division on Tuesday (26).

The suspects were handed over to the Embilipitiya Forest Reserve Office for investigations.