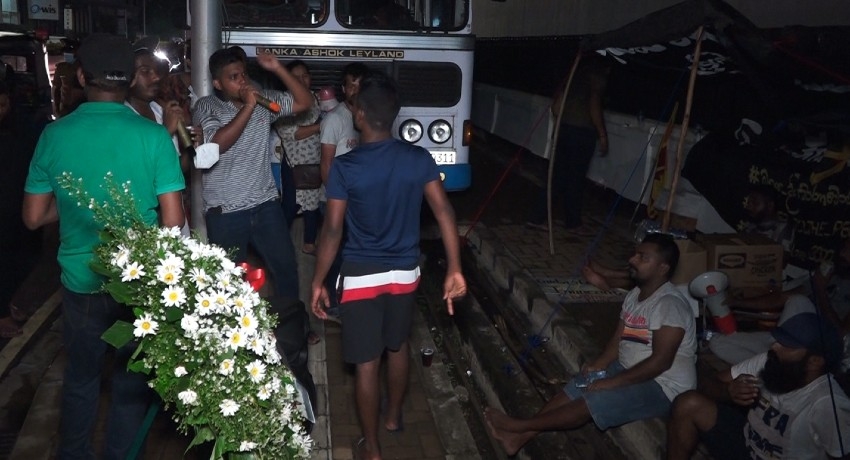 MynaGoGama set up opposite Temple Trees

MynaGoGama set up opposite Temple Trees

COLOMBO (News 1st); A group of Sri Lankans have set up camp outside Temple Trees in Colombo, not far from the Occupy Galle Face protest site. They are demanding that the Prime Minister and his government resign with immediate effect.

News 1st correspondents said that the group spent the entire night at the protest site, while Sri Lanka Police deployed additional security to the existing security detail around Temple Trees.

The Colombo Additional Magistrate rejected a request on Monday (25) made by the Colpetty Police to order the evacuation of protestors in front of Temple Trees.

In addition, Sri Lanka Police decided park a number of their buses and trucks on the pavement in an attempt to prevent the protestors from continuing their campaign.