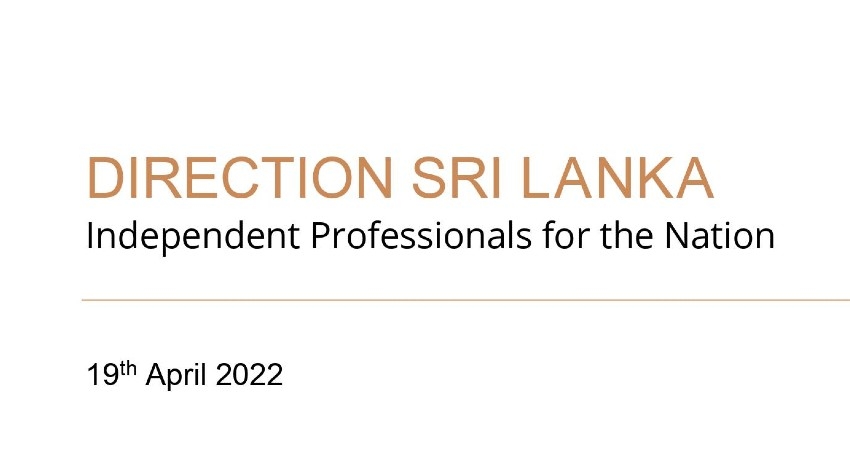 COLOMBO (News 1st); A group of concerned professionals consisting largely of legal and medical practitioners under the banner of “Direction Sri Lanka – Independent Professionals for the Nation” have called on the president to resign forthwith in response to the demands of the People.

Further, the group in a statement had called on for a Caretaker / Interim National Government be immediately formed comprising a new Prime Minister and a Cabinet limited to 18 essential portfolios along with an equal number of Deputy Ministers, representing all political parties. 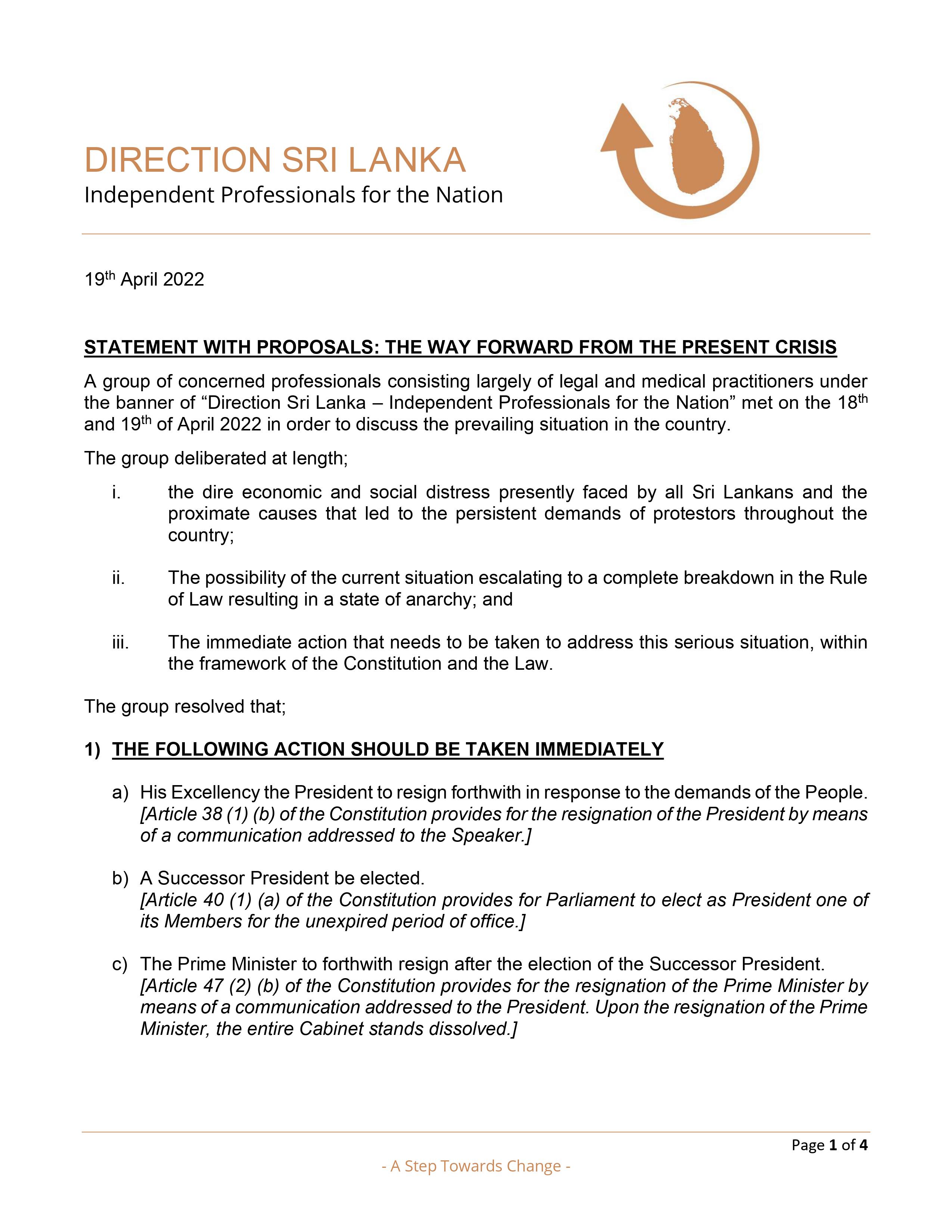 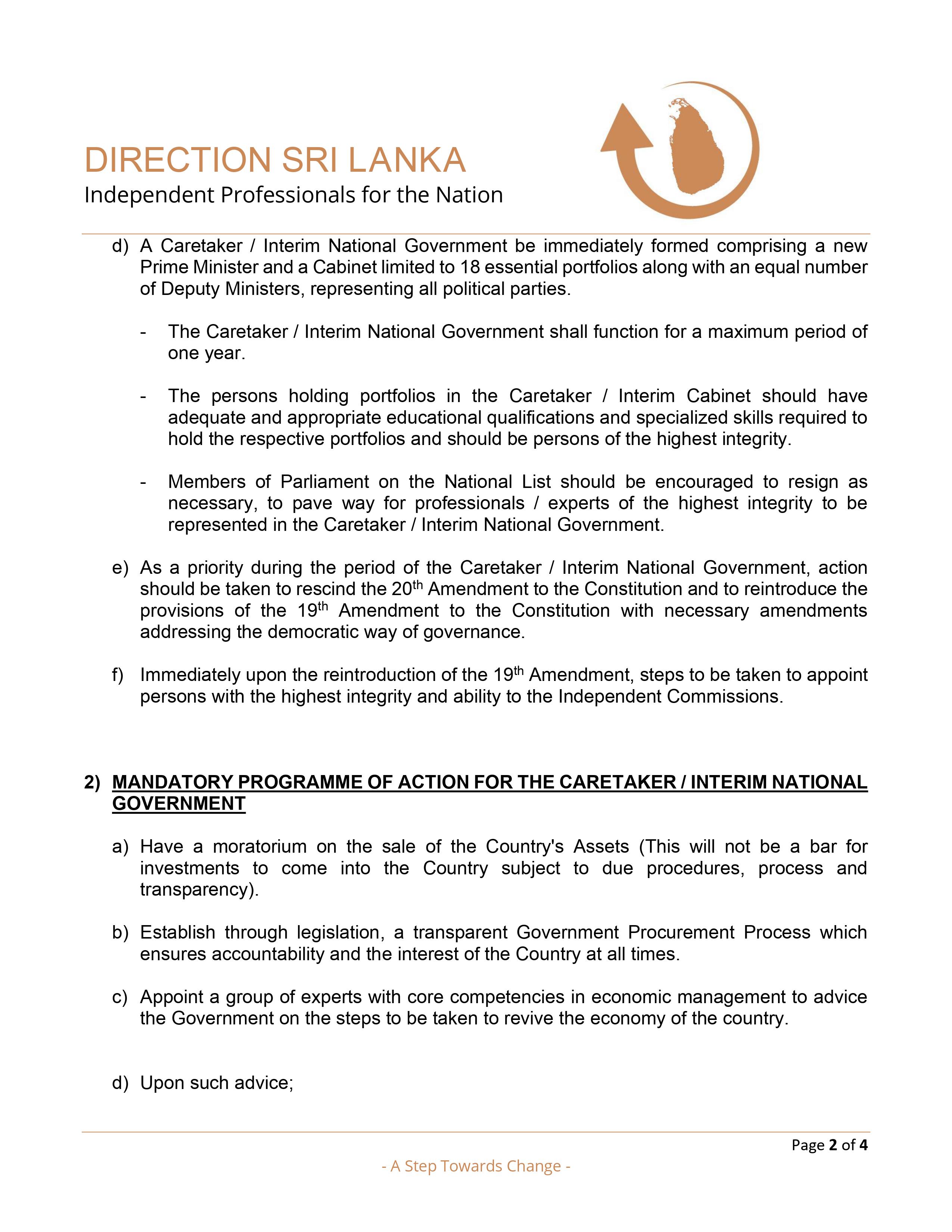 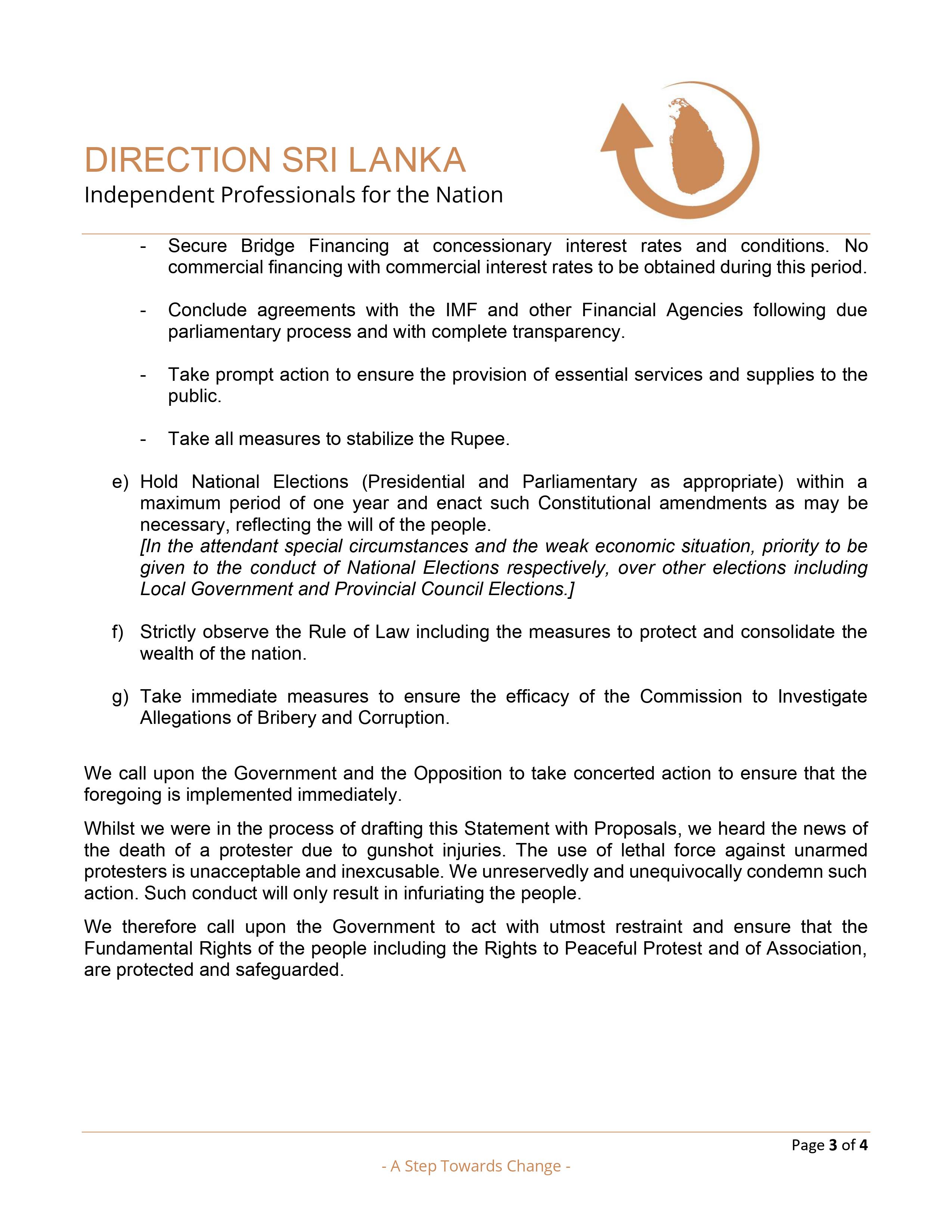 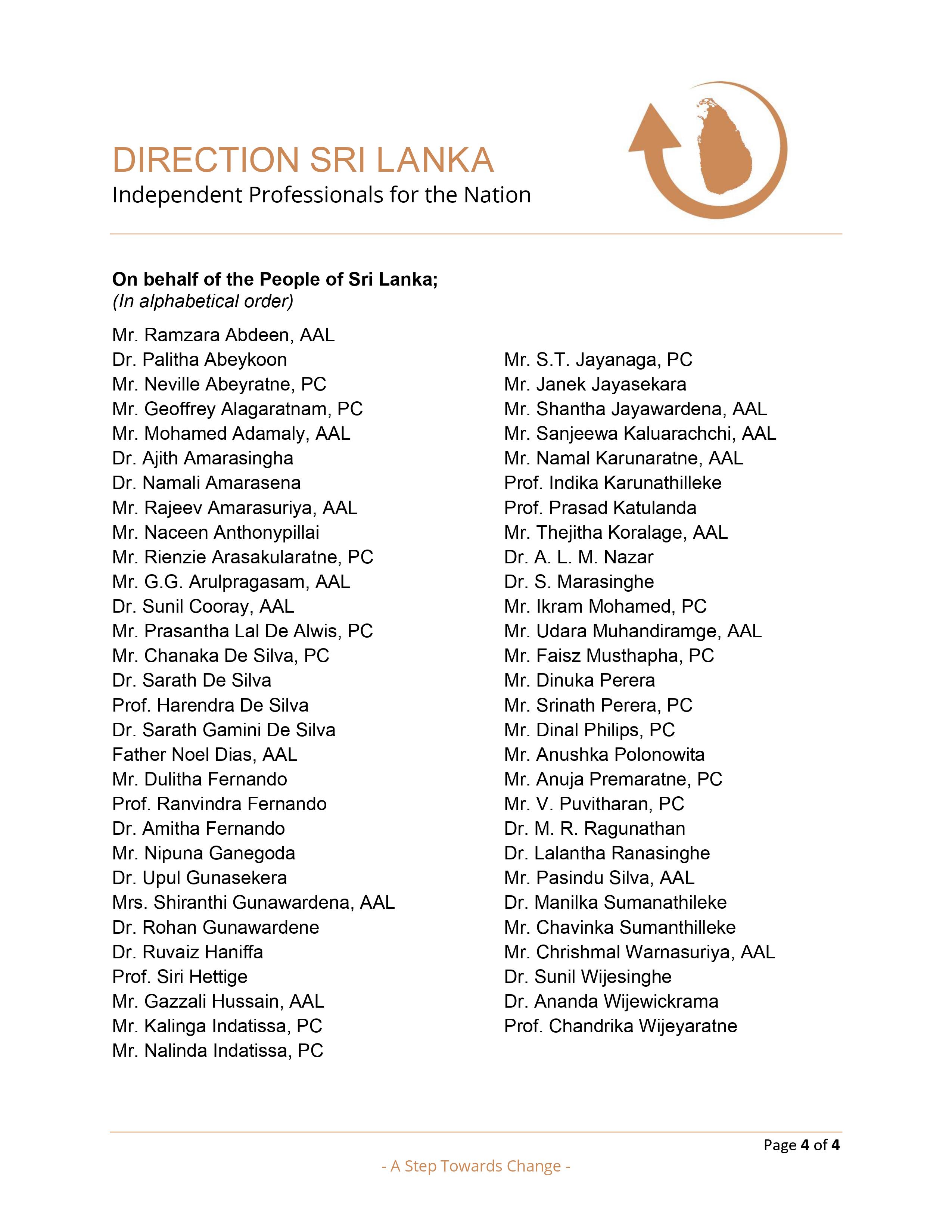