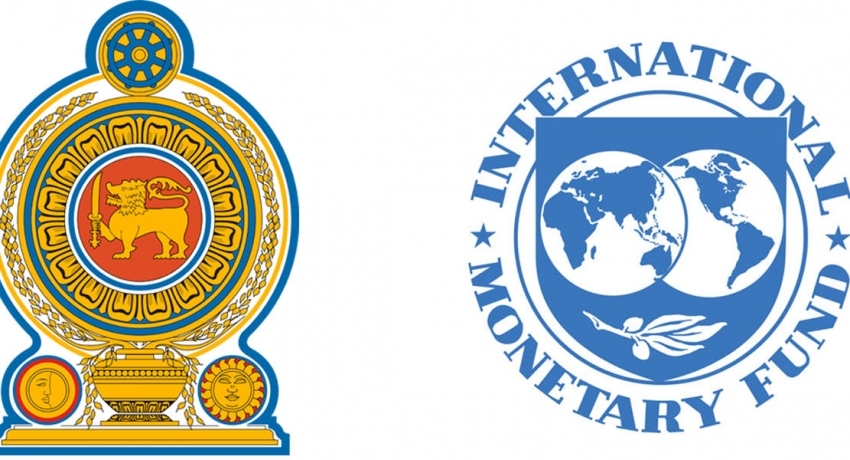 The IMF has also assured their fullest support to Sri Lanka and a positive response has also been received to expedite the process to strengtehn the support extended towards Sri Lanka.

Minister of Finance has made a request for a Rapid Financing Instrument (RFI) with the IMF and IMF has subsequently informed Minister Sabry that India had also made representations on behalf of Sri Lanka for an RFI.

It had been communicated that IMF will consider the special request made despite it being outside of the standard circumstances for the issuance of an RFI.

Minister Sitharaman has assured Minister Ali Sabry on India’s fullest support to Sri Lanka to move forward and has emphasized on India’s commitment to strengthen the development of the economy in Sri Lanka and building stronger bonds between the two Nations as they move forward together. Hon. Finance Minister of India has also affirmed to Minister Ali Sabry that India will fully support the deliberations of Sri Lanka with the IMF especially on the special request made for expediting an Extended Fund Facility. 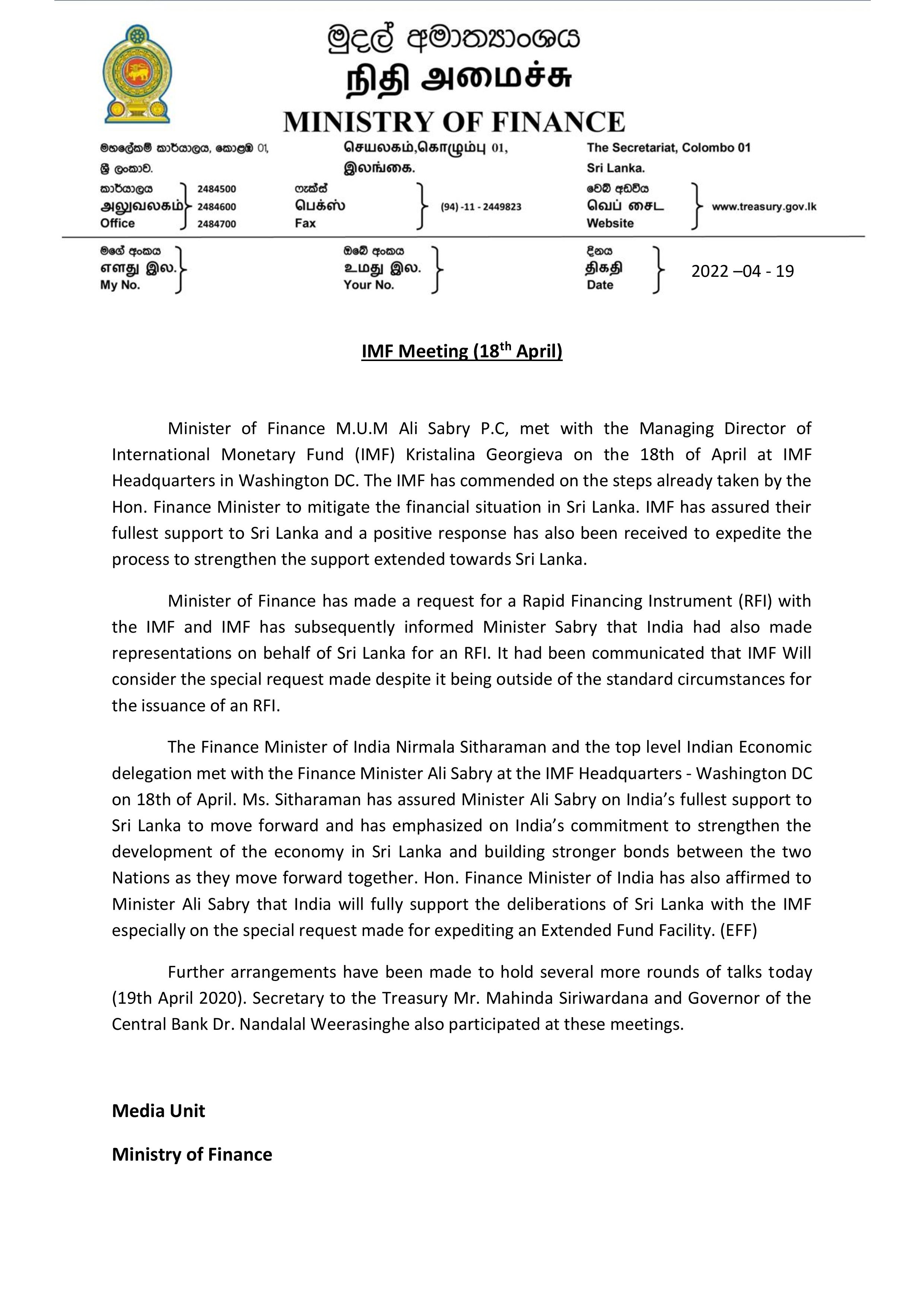