This incident took place on Friday (15), and following an investigation, police teams located the suspect while he was hiding inside a water tank located on the rooftop of the clothing store.

Sri Lanka Police said that the suspect had broken into the safe of the clothing store using a drill to commit the crime.

However, due to the unexpected arrival of the employees of the clothing store in the morning, the suspect had not been able to flee, and had hidden the money at one location, and hidden in the water tank, to make a getaway at night, said Sri Lanka Police.

The drill used by the suspect was found inside the clothing store, and police investigated the premises and managed to arrest the suspect before he escaped. 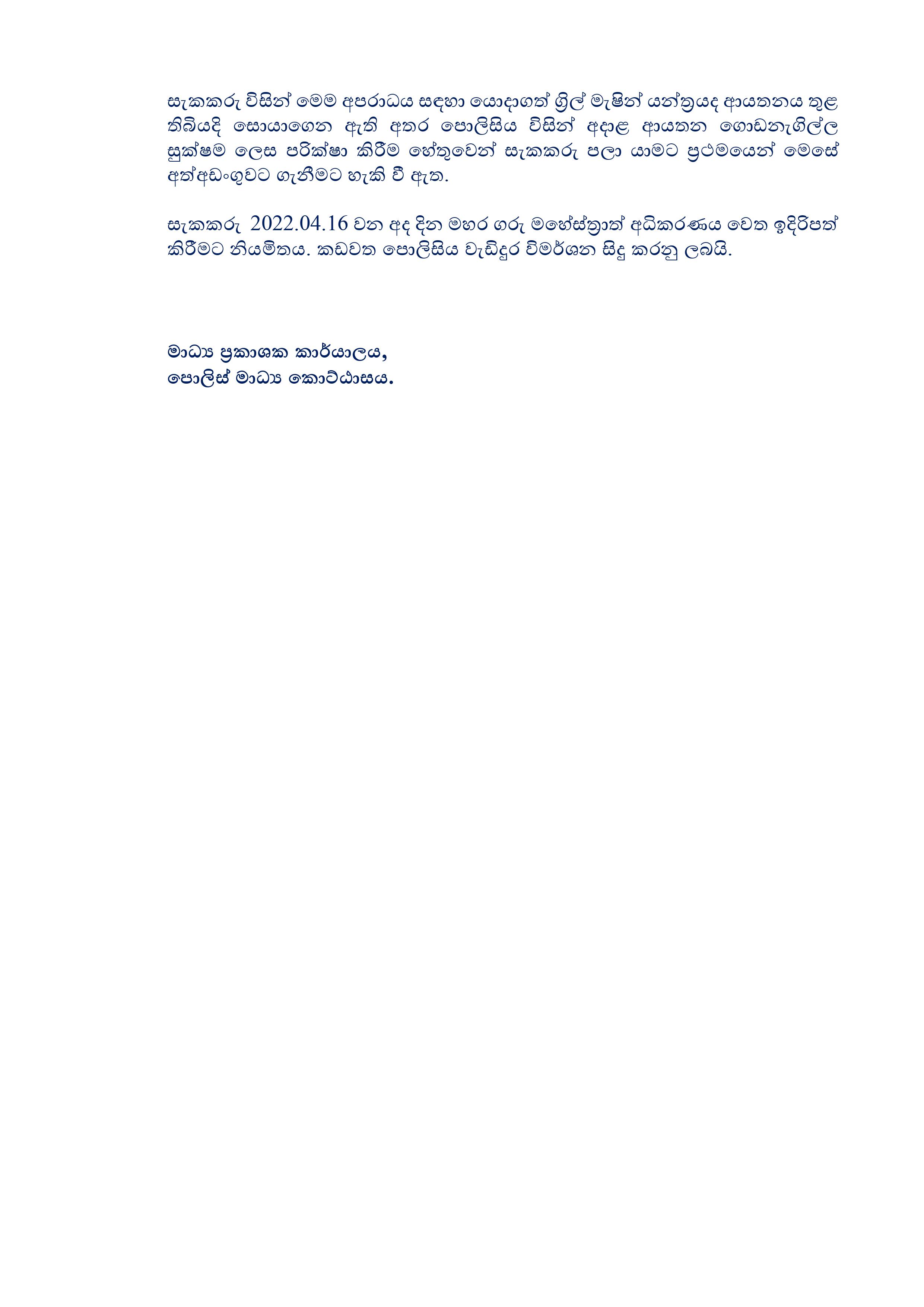