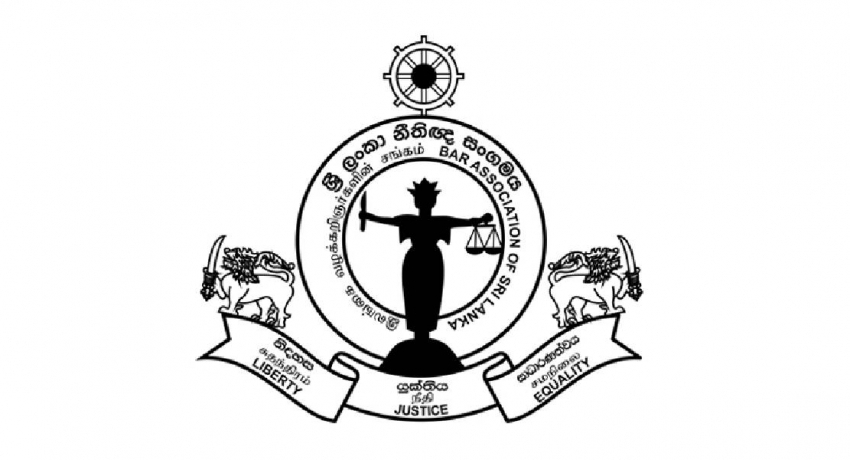 COLOMBO (News 1st); The Bar Association of Sri Lanka has called on the Sri Lankan Government to desist from taking any steps whatsoever to disrupt what is a legitimate exercise of the freedom of dissent of the people.

In a statement, the Bar Association of Sri Lanka (BASL) said it received credible information from its members of a number of police trucks being moved into the vicinity of Galle Face Green, where there is an ongoing mass protest.

‘The trucks have now been removed after it was highlighted in social media and brought to the notice of the authorities,’ said the statement.

The BASL views with grave concern any attempt to disrupt in whatever manner, what is a peaceful protest by the people of this country, and any such attempt will have grave repercussions for the country, democracy, its economy, and the rule of law. 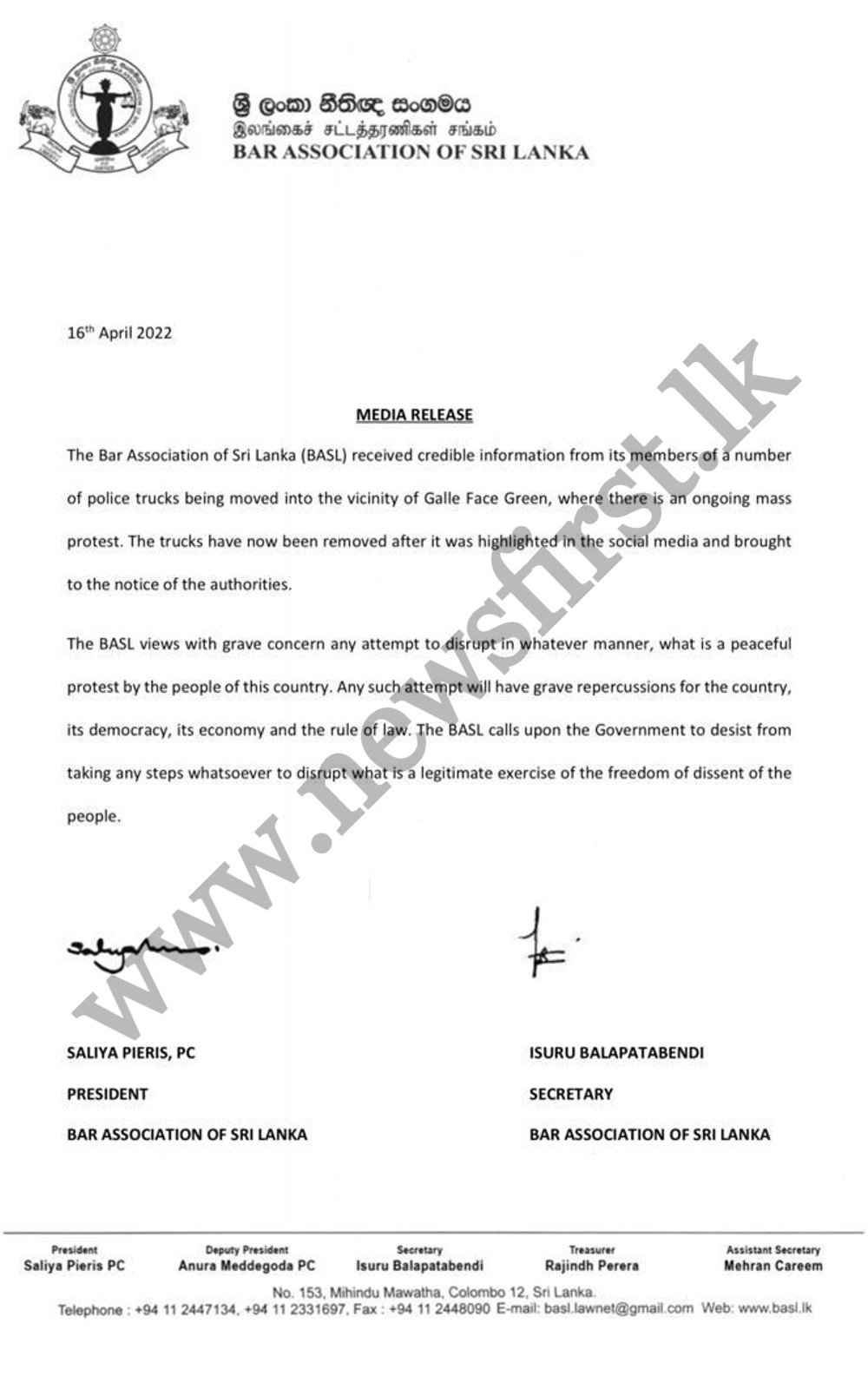