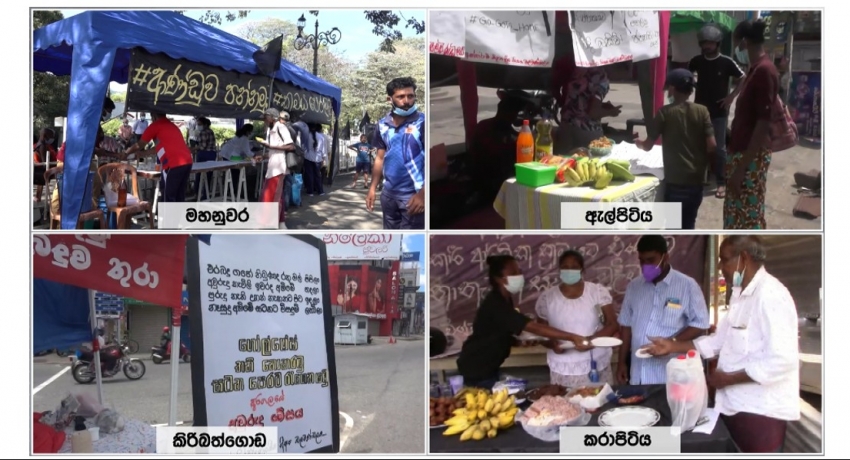 COLOMBO (News 1st); The Inter-University Students Federation (IUSF) today staged several protests and sit-ins under the theme of not alienating the protestors at Galle Face and taking their fight forward.

The students, who were engaged in a Satyagrama near the Karapitiya Teaching Hospital, had organized an ‘Avurudu sweetmeats table’ called the New Year’s Table of Struggle.

IUSF members also prepared a New Year table themed ‘for the struggle’ near the Kandy Clock Tower and entertained people as well.