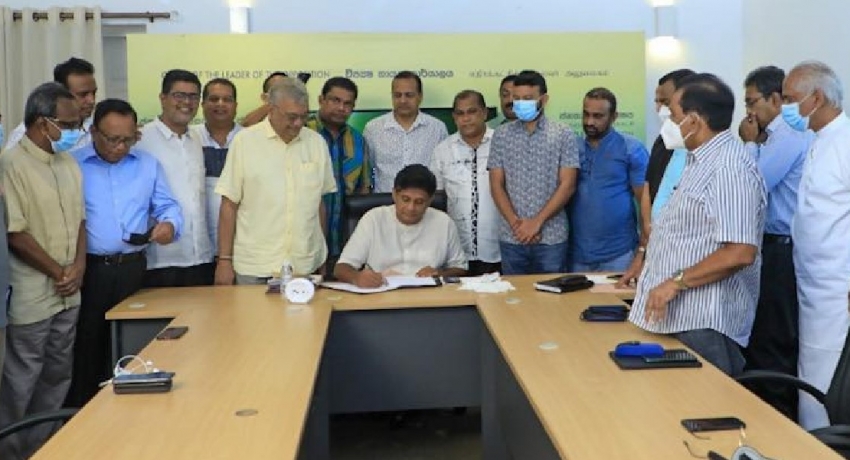 Thus, the Opposition Leader Sajith Premadasa, with his group of parliamentarians, signed them at the Office of the Leader of the Opposition, according to a Facebook post.

The Leader of the Opposition said that the Samagi Jana Balawegaya stands together with the people fighting on the streets against the government and will work for all possible democratic victories in Parliament to realize it.

He added that, in addition to the no-confidence motion and the impeachment, they will continue a fight for the reversal of the 20th Amendment and re-enactment of the 19th Amendment and for all democratic victories by constitutional means.