Police stated that a group from Vavuniya had gone to bathe in the river near the waterfall this afternoon (12), and seven persons have been swept away due to the sudden increase in water level.

Thereafter, four persons have been rescued. while the search operation for 3 missing persons is still in progress.

Meanwhile, the Department of Meteorology states that thundershowers accompanied by severe lightning are likely to occur at most parts of the island.

Moreover, heavy showers above 75 mm can be expected at some places in Northern, Central, Sabaragamuwa and Uva Provinces and in Trincomalee, Ampara, Gampaha, Galle and Matara Districts.

Fairly heavy showers above 50 mm can be expected at some places elsewhere too. 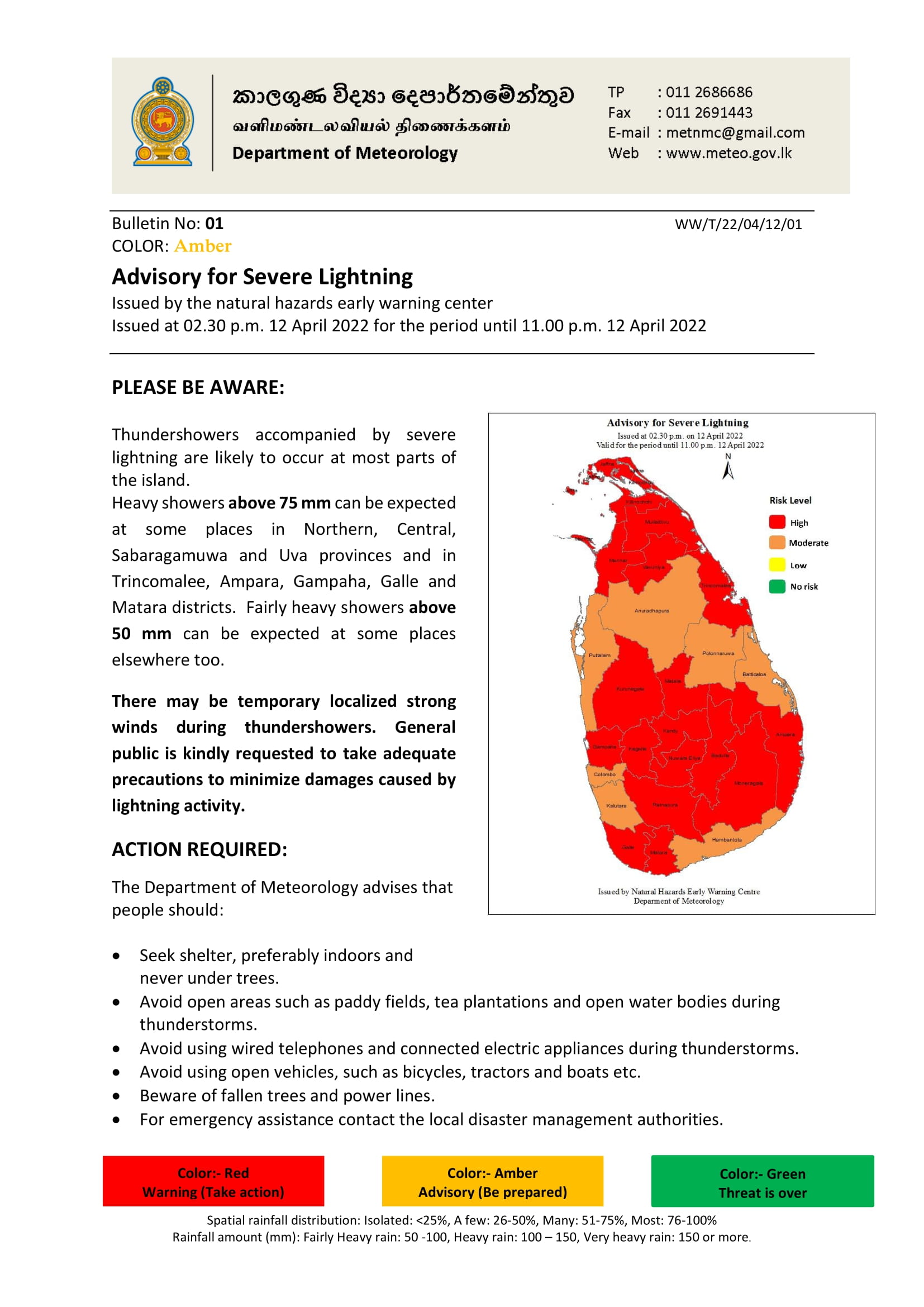