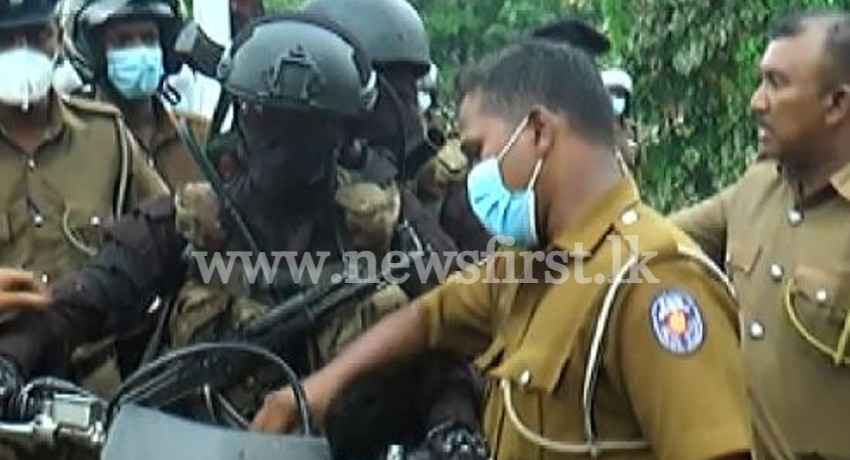 Investigation into Police, Army Riders confrontation during protest near parliament

Investigation into Police, Army Riders confrontation during protest near parliament

COLOMBO (News 1st); Sri Lanka’s Police Chief has ordered for an immediate independent investigation over a confrontation that had taken place between several police officers and a team of Army Riders during a protest opposite Parliament on Tuesday (5).

The Chief of Defence Staff and Commander of the Army General Shavendra Silva has requested the Inspector General of Police to immediately conduct an inquiry into the ‘unethical and ill-mannered behaviour’ of two Police officers and initiate disciplinary action against them when a four -member team of Army Riders on the directions of the Director Operations of the Army HQ arrived at the road entrance to the Parliament complex.

Defence Secretary General Kamal Gunaratne (Retd) has also already informed the IGP and the Secretary to Ministry of Public Security in regard to the incident and requested them to inquire into the unacceptable conduct of those Police Officers.