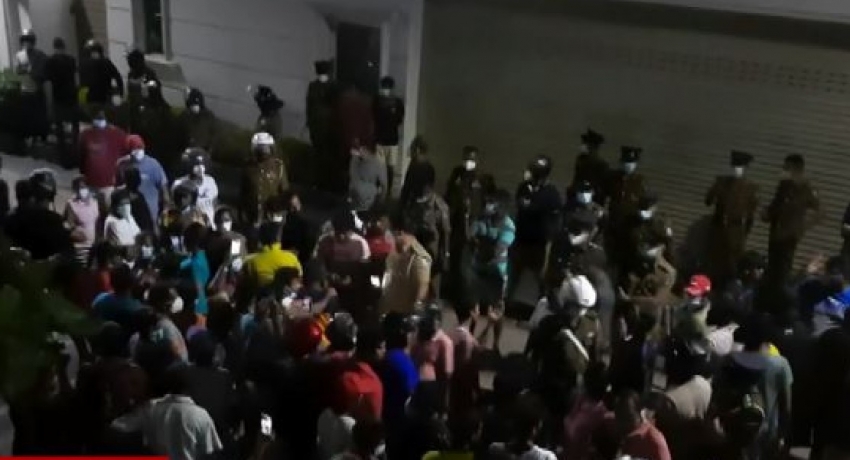 News 1st correspondents said a large number of protestors converged opposite the Ex-State Minister’s residence at 10:45 PM on Sunday (3) and started protesting against the government’s mismanagement of the economy.

Sri Lanka Police made attempts to disperse the protestors, however, it took a great effort.

Thereafter, the protestors moved to the residence of Negombo Mayor Dayan Lanza and voiced their anger and frustrations.

Sri Lanka Police once again made efforts to disperse the protestors, and the crowd left the area at around midnight.