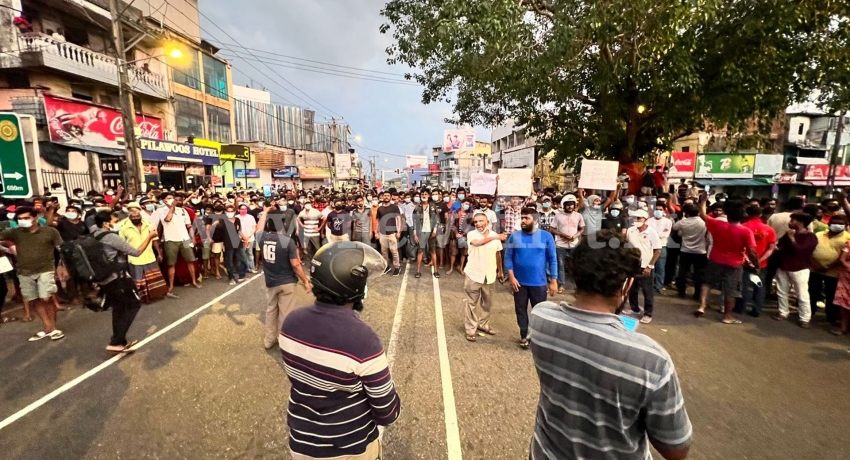 University Students were joined by local residents in this protest, and when they reached the Wijerama Junction they were met with a heavy security forces presence.

Sri Lanka Police, The three-armed Force, and the Police Riot Police were seen stationed on the path of the protestors who defied the curfew and stepped out onto the streets to voice their anger over the present situation in the country.

As they were not allowed to proceed, they positioned themselves opposite the barricade and carried out a protest, with songs and chants.

At the same time, well-known lecturer Upul Shantha Sannasgala, also known as ‘Sannasgala Sir’ visited the Wijerama Junction and condemned the actions of the government. 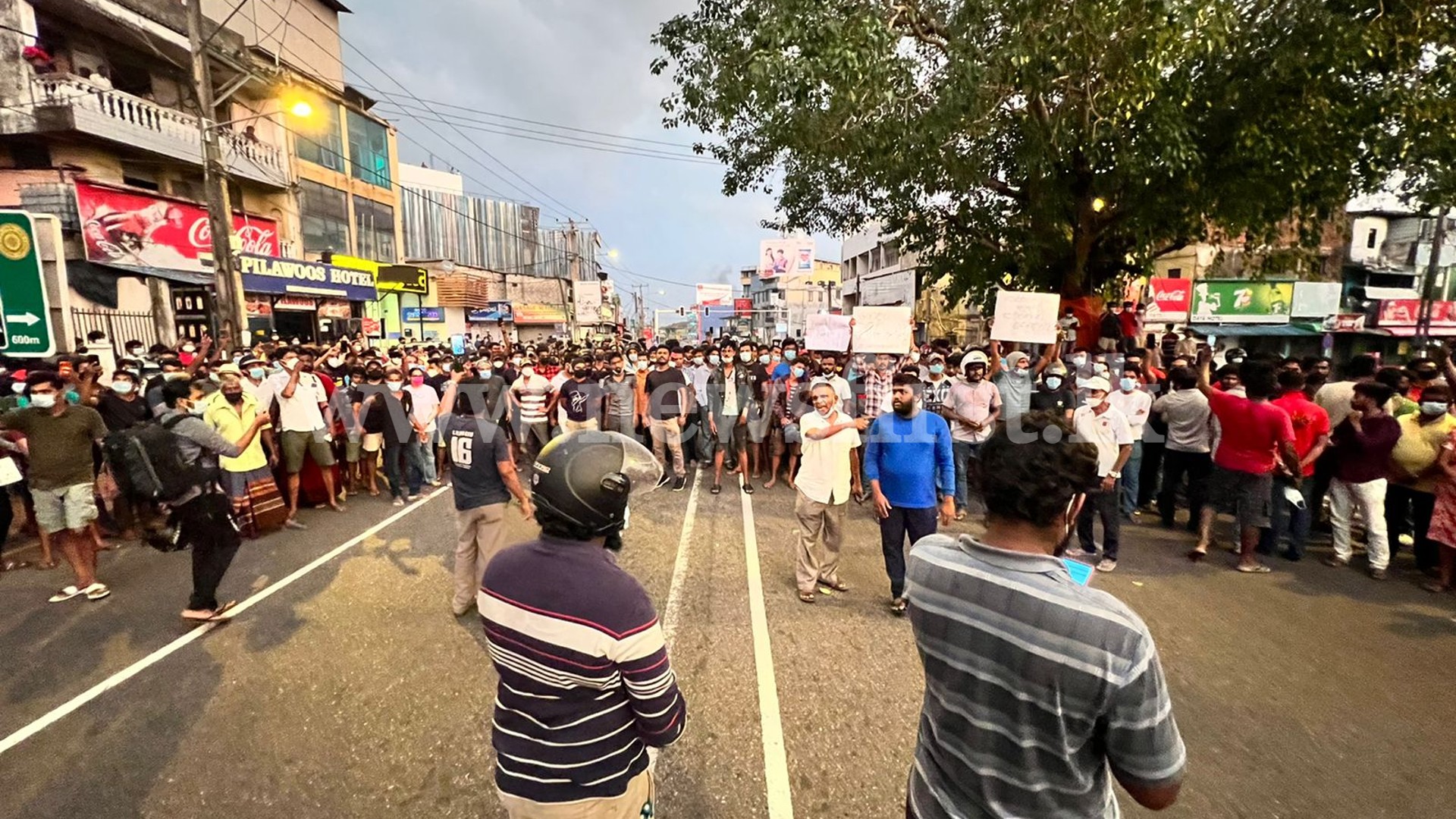 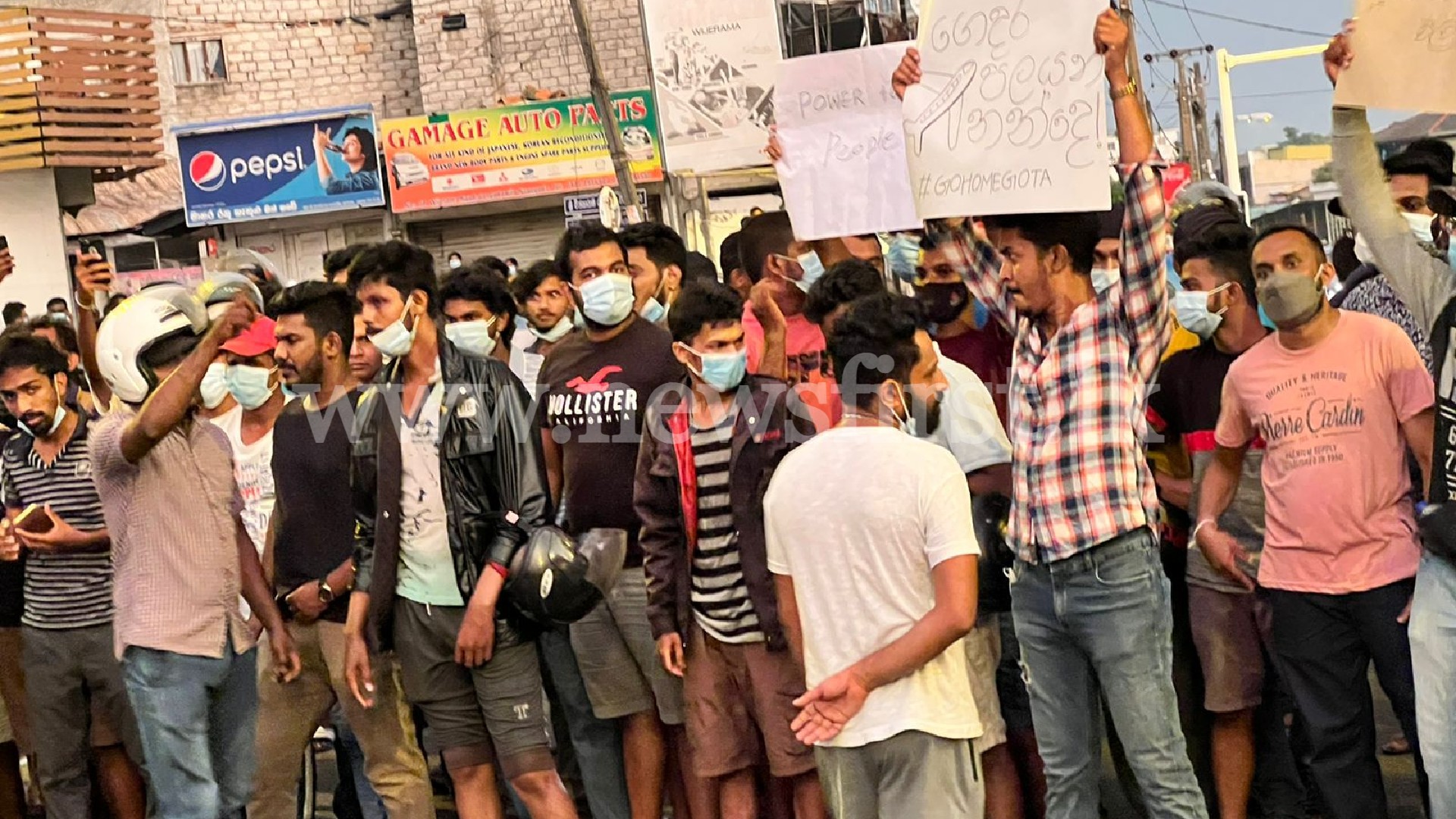 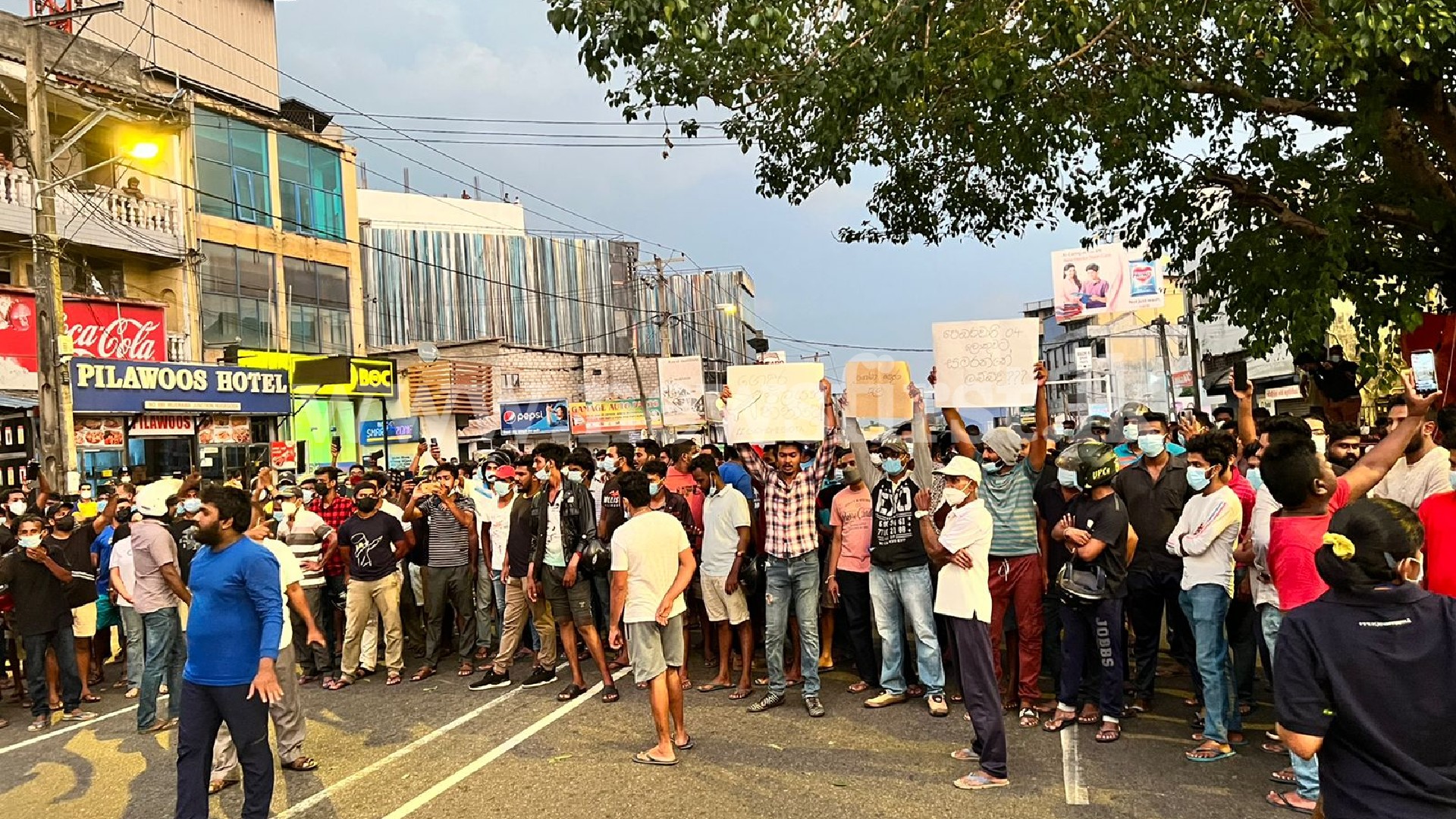 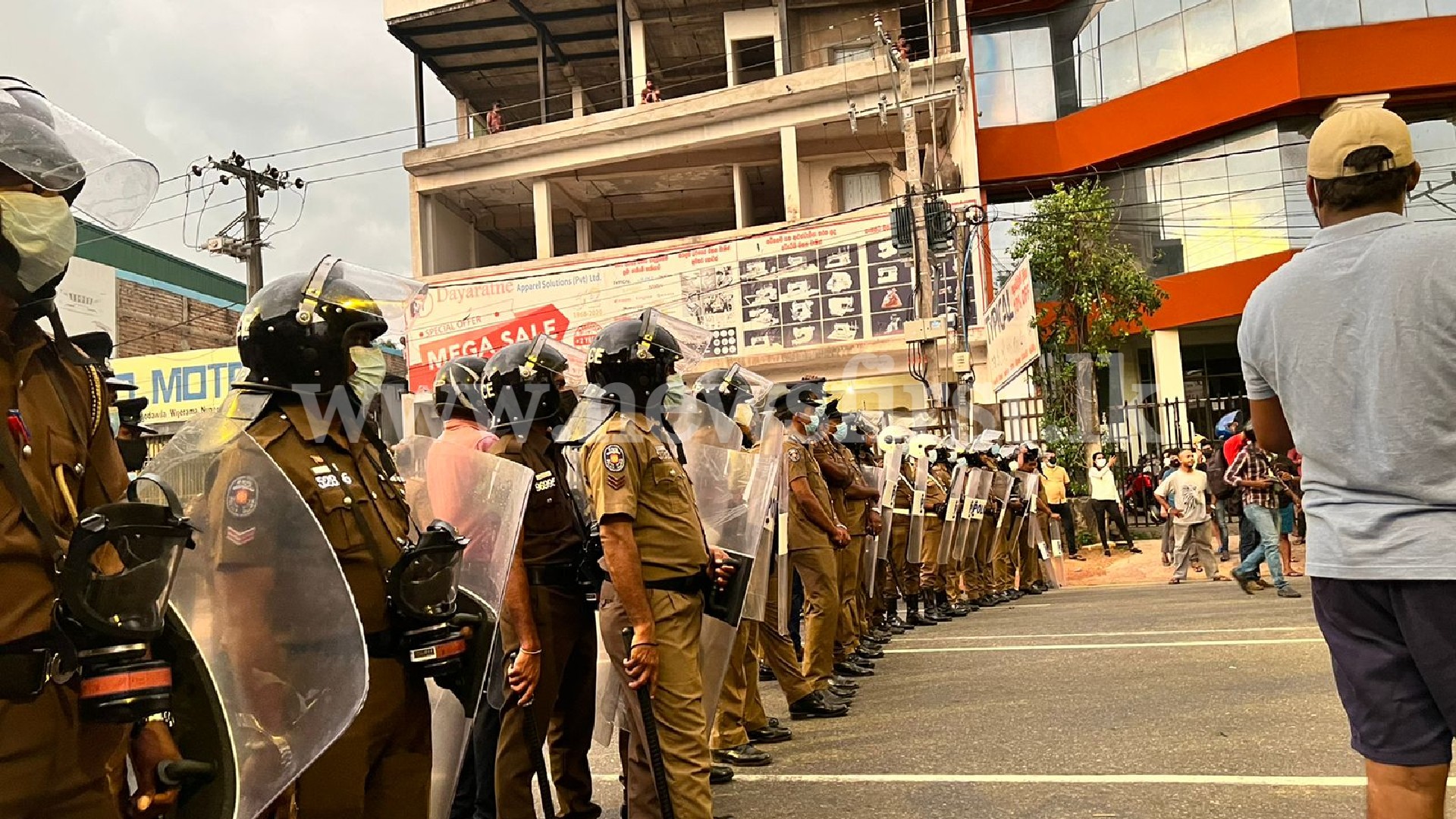 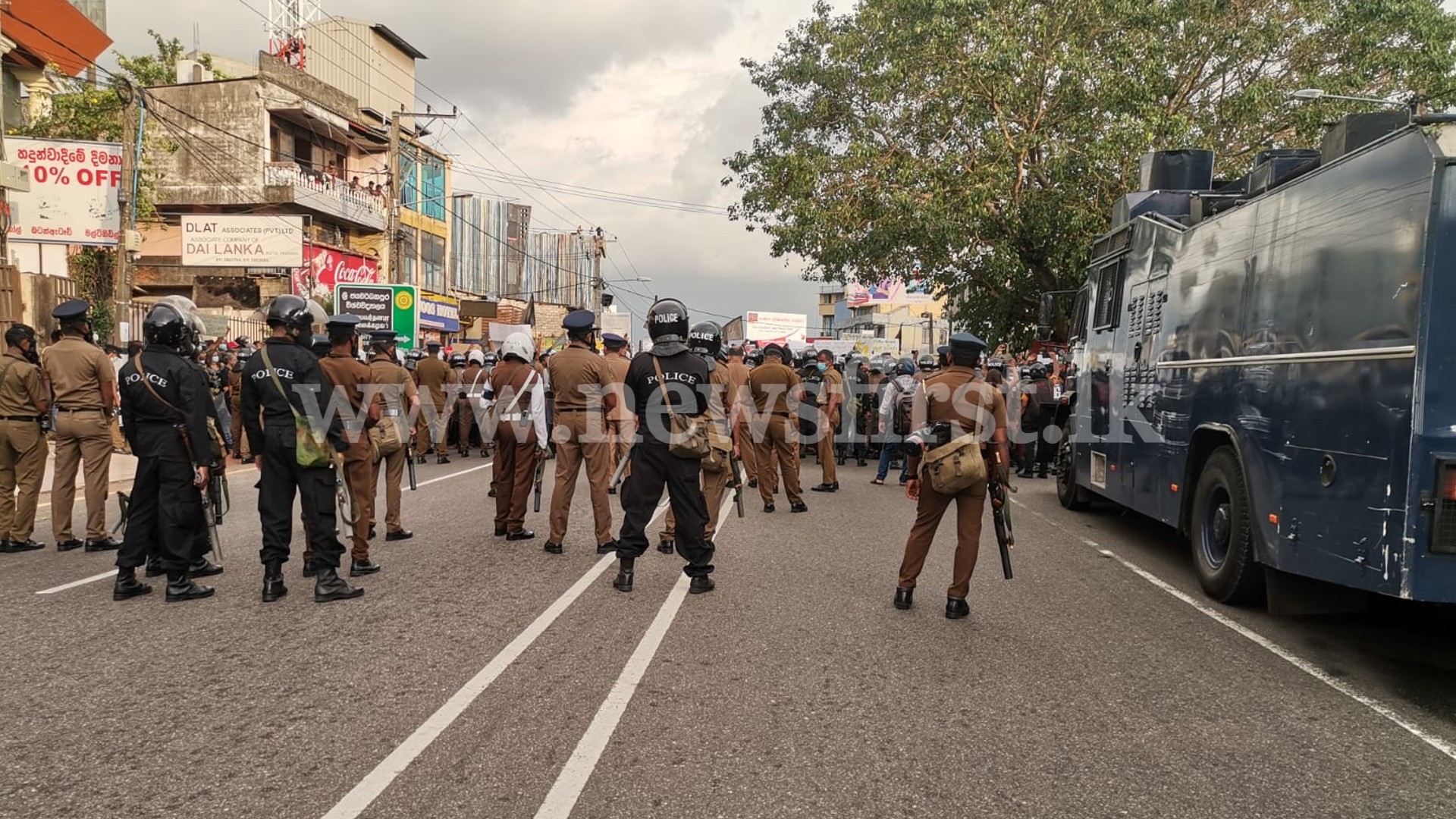