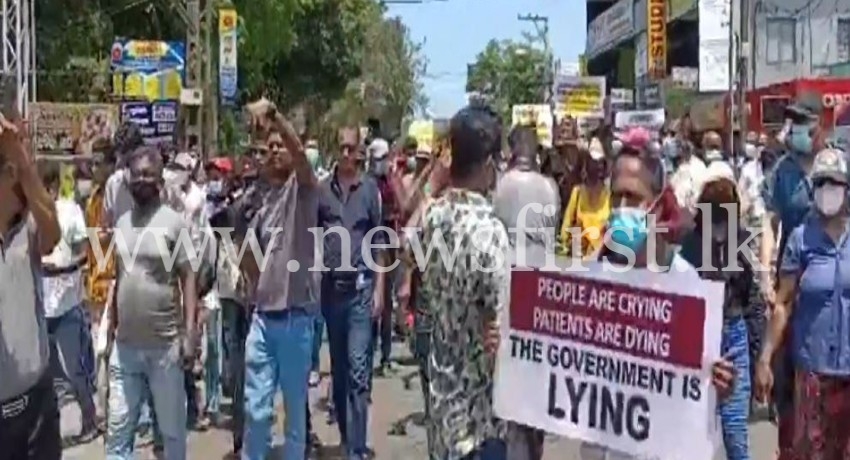 COLOMBO (News 1st); A protest organized by the National People’s Power took place in Maharagama on Sunday (3) against the government’s mismanagement of the economy.

The protest was themed ‘ End the 74 Year Curse ‘, and was attended by several senior figures in the NPP.

K. D. Lalakntha, a politburo member of the JVP said the government imposed a curfew to prevent the people from taking to the streets and protest against the rulers.

Parliamentarian Dr. Harini Amarasuriya, who was also at the protest, said the voice of the people is for the government to step down and leave.