COLOMBO (News 1st); The Church of Ceylon in a statement on the current state of affairs in Sri Lanka said that the people are simply responding to a situation that they have been forced into.

The Church of Ceylon has expressed concern that the declaration of a state of emergency will be an incentive for executive, the police and the armed forces to act with impunity.

“We call upon the Police, the STF, and our Armed Forces to act with discernment when differentiating between peaceful gatherings of solidarity and unruly behavior,” it added.

The Church of Ceylon also called on all responsible state officials to act with patience at this juncture. 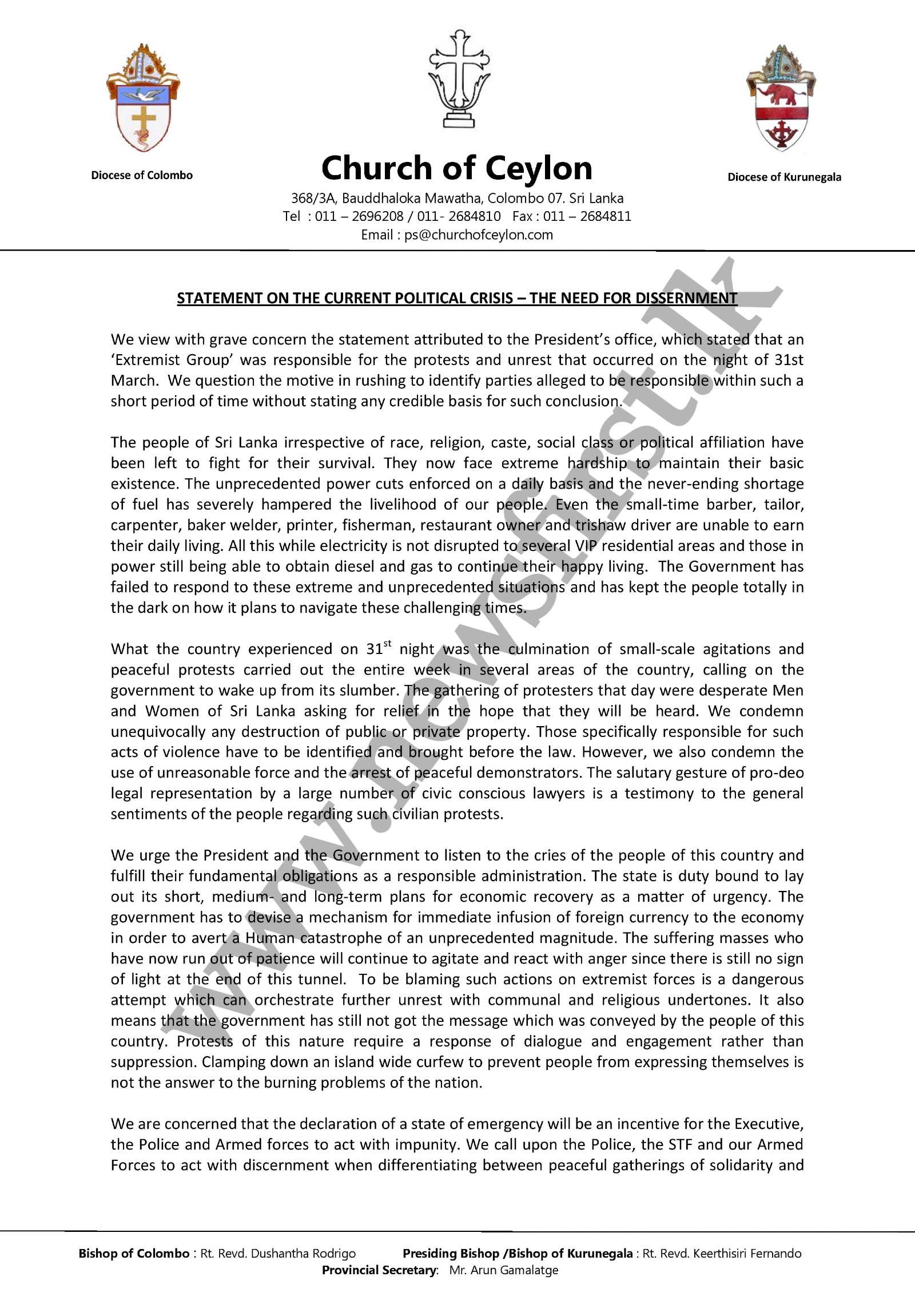 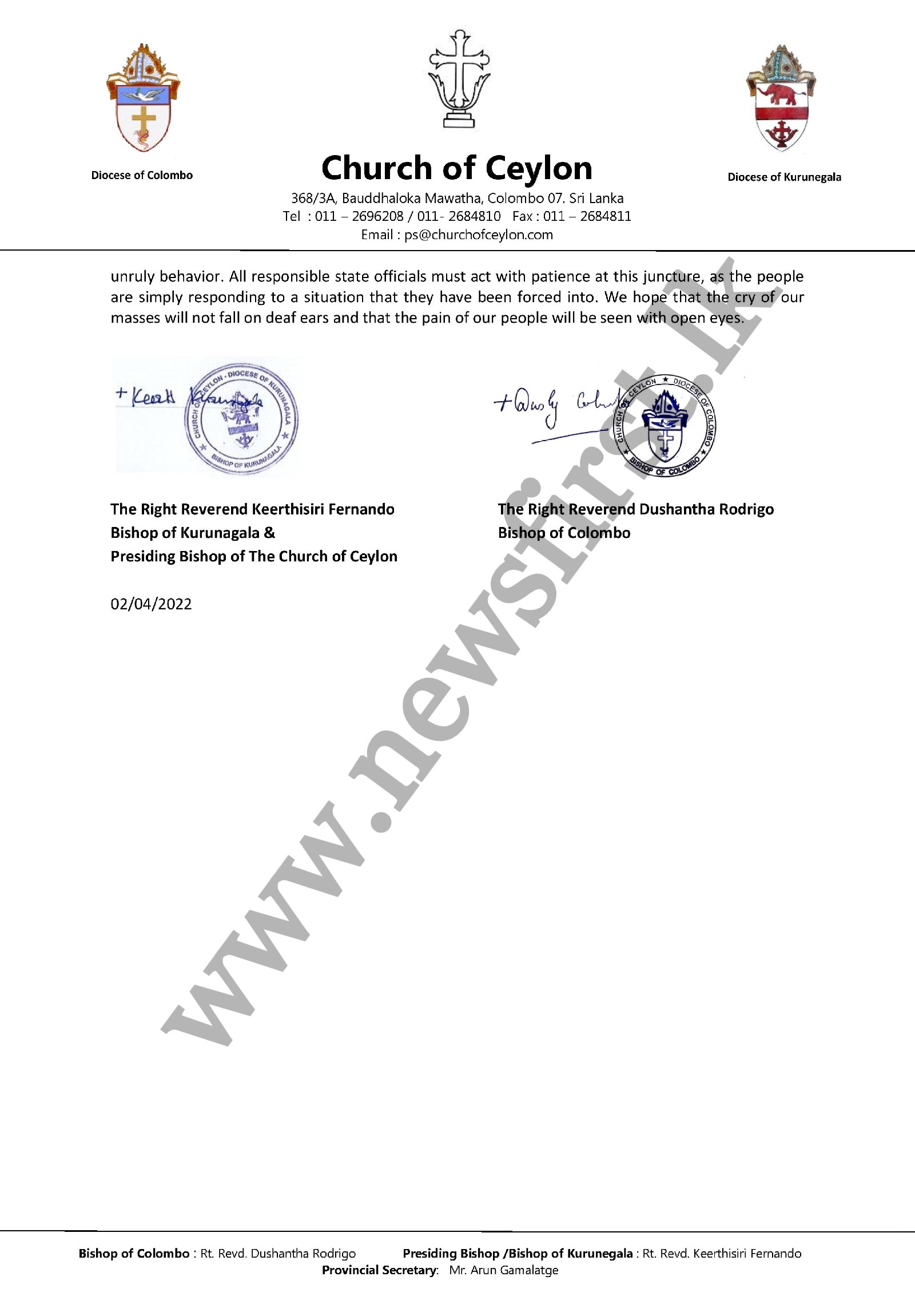