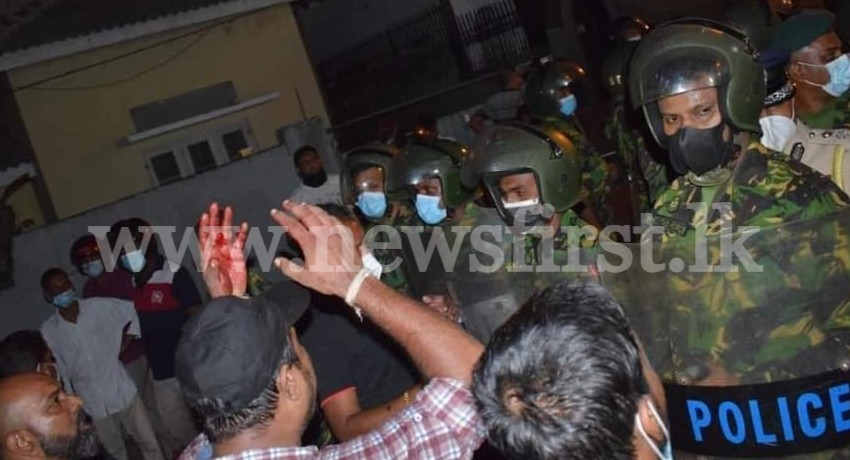 COLOMBO (News 1st); Sri Lanka has imposed a police curfew on multiple police sectors in the Capital City of Colombo until further notice.

Authorities were compelled to impose a curfew after ugly scenes were witnessed on Thursday (31) night during protests against a mismanaged economy and rising cost of living.

Scuffles broke out between protestors and security forces on Thursday (31) night when a peaceful protest proceeded towards the Sri Lankan President Gotabaya Rajapaksa’s residence on the outskirts of the city, in Mirihana.

As tensions boiled over between the protestors and the security forces, several vehicles were seen on fire and multiple injuries were reported.

The people involved in the protest were from all corners of Colombo, and expressed anger over the government’s handling of the economy.

Another anti-government protest took place in Kelaniya as the road between Kelaniya and Dalugama was obstructed by protestors who burn tires and chanted slogans for the government to resign over their mishandling of the country’s economy.