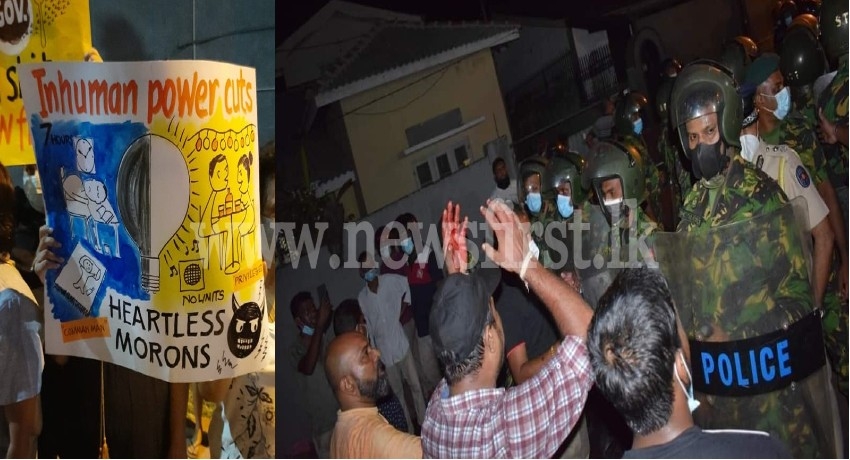 COLOMBO (News 1st); 54 persons who were engaged in the protest on Thursday (31) night at Mirihana, Nugegoda have been arrested by Sri Lanka Police.

Police stated that a woman was among them.

Two Police & army buses, a jeep, a three-wheeler, and two motorcycles were damaged, during the protest.

Police said that five officers were injured in the protest.

Meanwhile, the Nugegoda-Maharagama 119 road has been closed.

The Police further stated only the residents can travel on the relevant road until further notice.