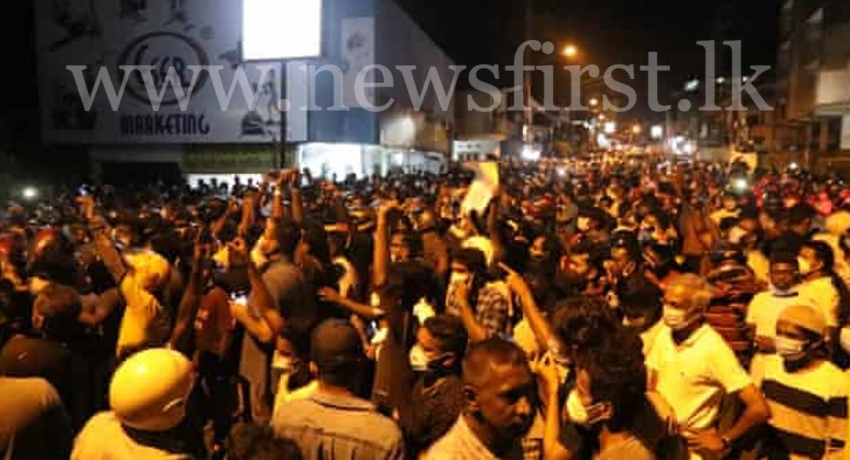 COLOMBO (News 1st); 37 people were injured during the protest that took place in Pengiriwatte Road, Mirihana on Thursday (31) night.

They are currently being treated at the Colombo National Hospital.