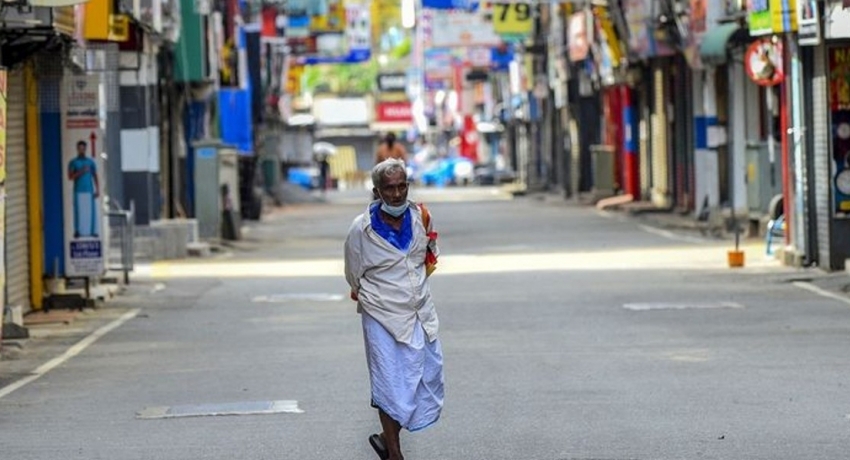 COLOMBO (News 1st); Economists have raised concerns whether the Sri Lankan government’s decision to award Rs. 10,000/- as allowances for low-income families will ease the economic burden on the people, in the long term.

Professor Aminda Methsila Perera, from the Wayamba University of Sri Lanka, says that according to government calculations there are 3.1 million low-income families in the island nation, and it would require Rs. 3.1 Billion to provide the said allowance.

“The question is how the government is going to get this money?” he told News 1st, highlighting the fact that recent experiences have shown that the government of Sri Lanka opts to print money for expenses rather than sourcing income-generating avenues.

Sri Lanka’s Foreign Reserves were at approximately US $ 8 Billion by the end of 2019, and today it has dropped to almost US $ 2 Billion.

Economists opine that the reserves that can be used as expenditure are at a low.

Against this backdrop, Sri Lanka has approached friendly nations such as China, India, and Bangladesh to seek financial assistance to purchase essential goods required for the country.

Sri Lanka has obtained approximately US $ 2.4 Billion from India in 2022 alone.

Recently, India extended a $1 billion credit facility to Sri Lanka, and the assistance is to enable Sri Lanka to import food, other essential commodities, and medicines from India,

Sri Lanka has also sought an additional credit line of $1bn from India to import essentials amid its worst economic crisis in decades.

The Chinese Ambassador to Sri Lanka recently announced that China is considering 2.5 billion US dollars following a request made by Sri Lanka.

Sri Lanka already secured a swap of US $ 250 Million from Bangladesh, and it has extended the time frame for the payment.

Against this backdrop, Sri Lanka has “approached” for a new swap of $250 million from Bangladesh, again.

Pakistan is likely to issue a $200 million loan to Sri Lanka after the country will get a loan installment of $1 billion from International Monetary Fund (IMF).

Sri Lanka has also sought financial assistance from Australia and Russia, however, there are no definite reports on the progress of these requests.

In June 2022, Sri Lanka will have to settle sovereign bonds to the tune of 1 Billion US Dollars, and the total debt settlement for 2022 alone is north of a staggering 6 Billion US dollars.

Allowing the dollar to float has added more pressure on the economy daily.

According to EconomyNext, Sri Lanka’s state-run Ceylon Petroleum Corporation has lost at least 250 billion rupees over three weeks as the rupee fell.

Reports add that based on the present financial status, the Ceylon Electricity Board too is facing serious issues in settling payments for coal, as well as salaries of employees.

The Ceylon Electricity Board has repeatedly requested a tariff hike to overcome its financial crisis, however, the decision is being delayed as the Public Utilities Commission of Sri Lanka is opposed to it.

The CEB had requested a Rs. 15 Billion loan from a state bank, and the request to raise it to Rs. 20 Billion was turned down by the State Bank.

According to his calculation, Sri Lanka’s inflation would reach 55% by March 24th.

While the pressure of a crumbling economy falls on the laurels of the Sri Lankan people, the government announced that an Rs. 5,000/- allowance will be awarded for two months to low-income families for the upcoming festive reason.

Will the provision of Rs. 10,000/- per family eases the economic burden? is the question.