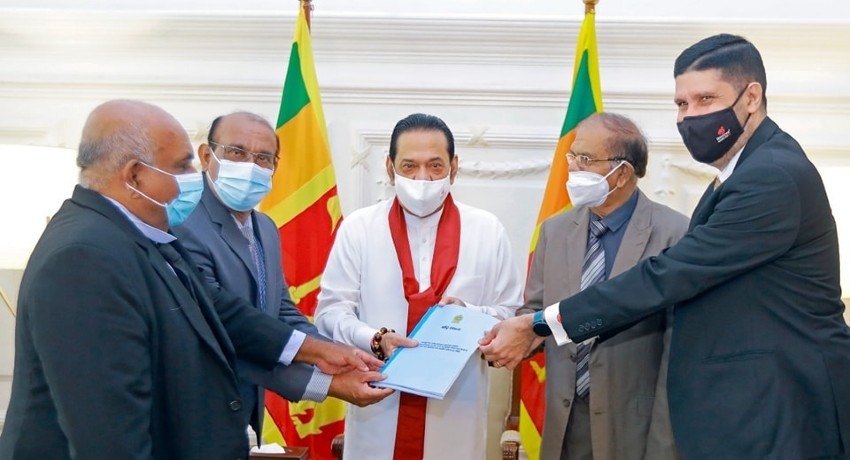 COLOMBO (News 1st); The report of the Committee that was appointed to provide relief to government and semi-government officials who were acquitted of cases filed by the Government of Good Governance, for the purpose of political persecution was handed over to the Prime Minister Mahinda Rajapaksa on Thursday (25).

The report was handed over to the Prime Minister by Committee Chairman retired Chief Justice Asoka de Silva at Temple Trees.

The Prime Minister had instructed officials to make necessary arrangements to submit the report to the Cabinet of Ministers.

The Committee was established on September 10, 2021 following a decision by the Cabinet of Ministers on September 7th after considering a Cabinet Memorandum dated July 30,2021 submitted by the Prime Minister.