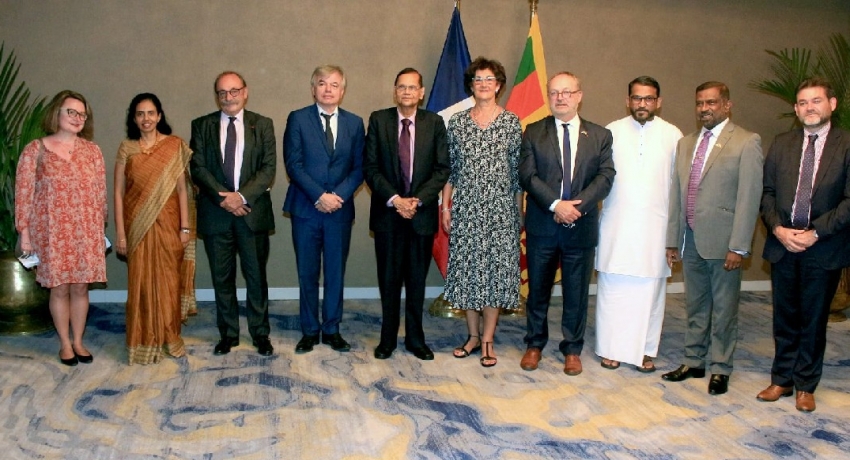 COLOMBO (News 1st); The expansion of markets in France for value added exports from Sri Lanka was discussed during a meeting held between the Minister of Foreign Affairs, Professor G. L. Peiris and a delegation of Senators from the French Republic.

The meeting took place in Colombo on Thursday, 24th March 2022, and during the meeting, the discussions covered a variety of issues including constitutional reform, investment of French companies in Sri Lanka, expansion of markets in France.

Accordingly, the topic of expansion of markets for value added exports from Sri Lanka, especially, tea, fisheries products, apparel and gems and jewelry was discussed, in addition to tourism, with an emphasis on health tourism and environmental tourism and cooperation in the education and cultural sectors.

The French Senators stated that they were working towards strengthening the bilateral relationship between Sri Lanka and the French Republic.