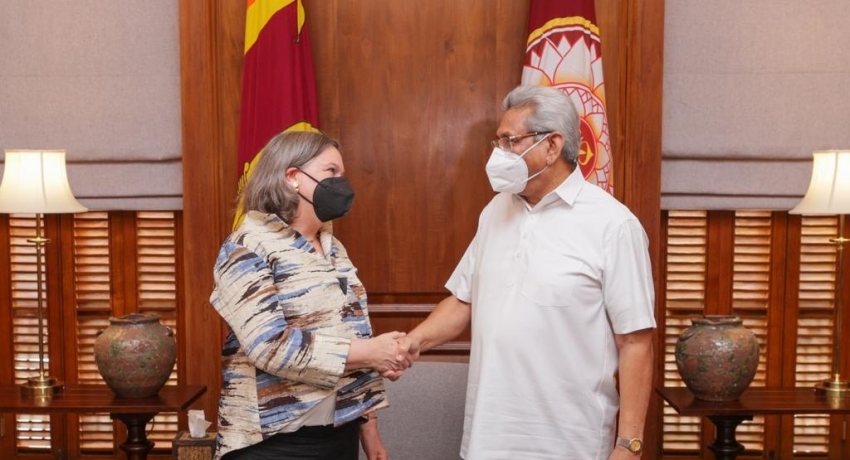 The Under-Secretary of State for Political Affairs Victoria Nuland called on President Gotabaya Rajapaksa at the President’s Office, on Wednesday (23).

The President briefed Ms. Nuland on the issues raised at the All-Party Conference this morning, its progress, and the discussion to be held with the Tamil National Alliance on Friday.

Appreciating these efforts, the Under Secretary pointed out the importance of holding talks with the Diaspora in Canada, the United States, and European countries.

President Rajapaksa said that he was keen to hold discussions with the Diaspora and invited them to invest in the development process of the Northern Province.

Ms. Nuland said that steps will be taken to introduce American green technology to Sri Lanka and to support the development of the cyber and information technology sectors.

Focusing on educational facilities in the country, the Under Secretary pointed out that higher education opportunities could be expanded with the participation of the private sector.

President Rajapaksa said the decision to go to the International Monetary Fund was taken to mitigate the impact of the Covid-19 pandemic and various developments taking place in other countries, on Sri Lanka’s economy. Ms. Nuland praised this decision, as well as the steps taken towards a truth-seeking mechanism and the amendments of the Prevention of Terrorism Act.

The President requested the delegation to assist in expanding the capacity for power generation through renewable energy sources. 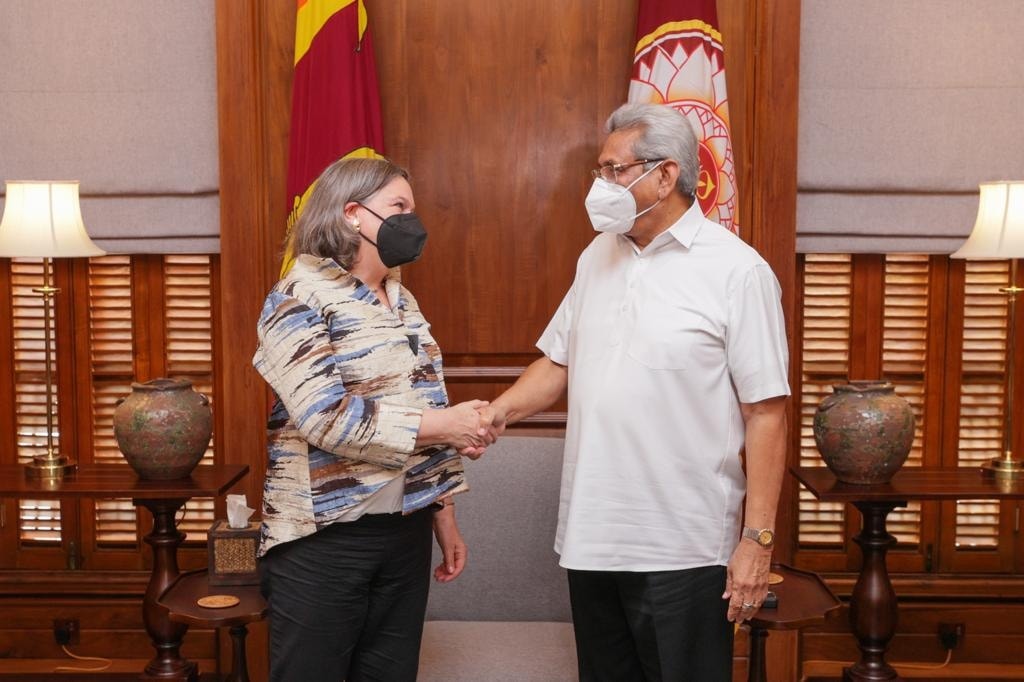 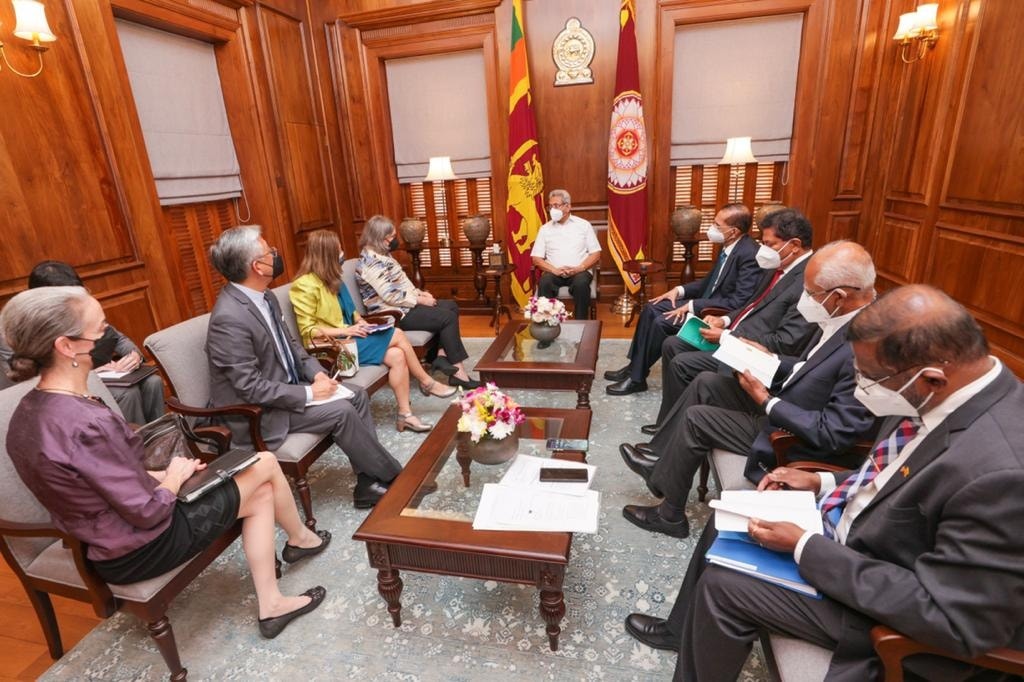 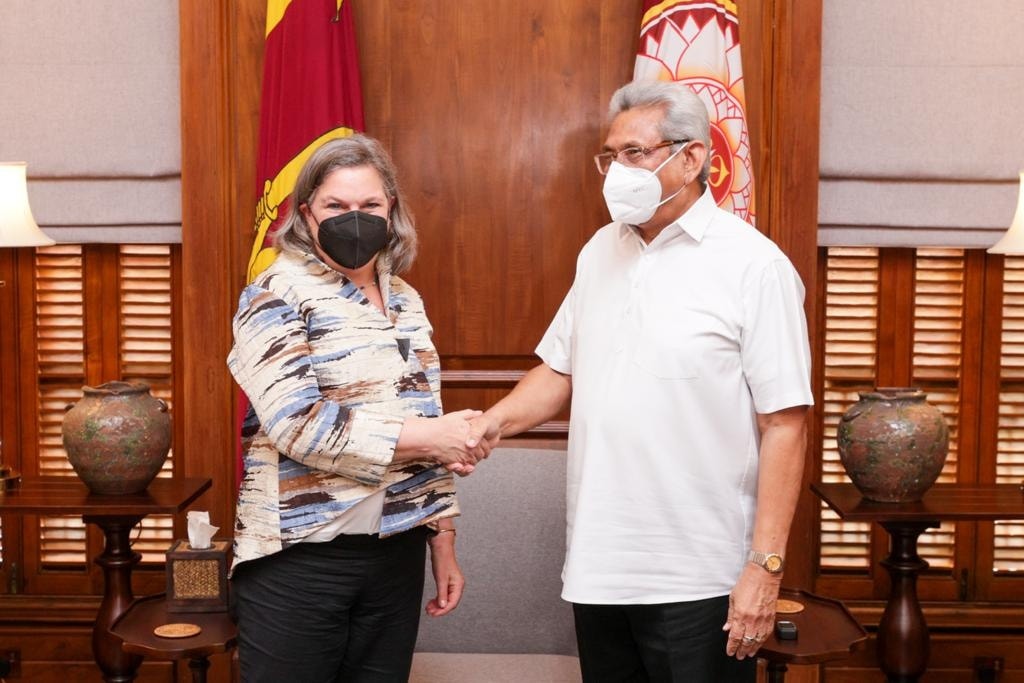 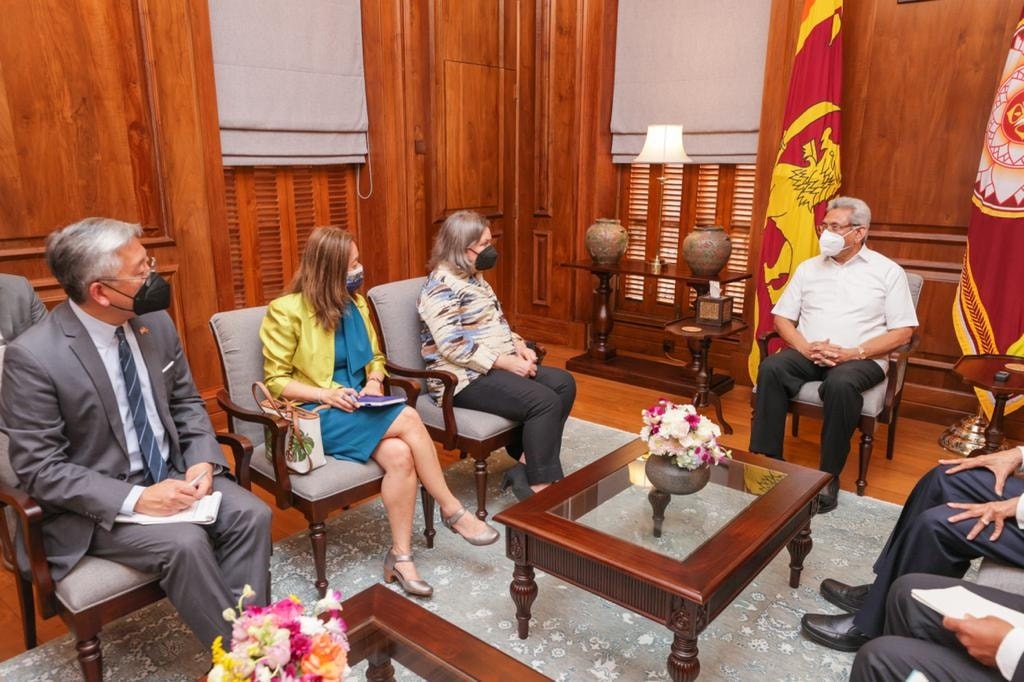