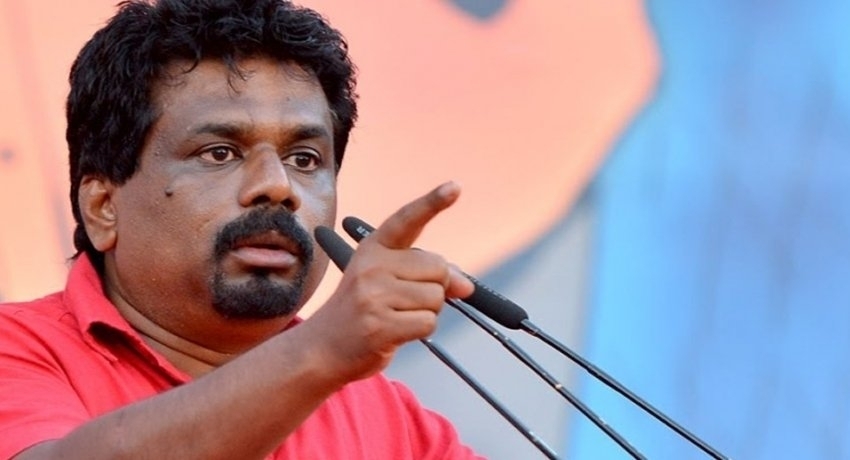 COLOMBO (News 1st); JVP Leader Anura Kumara Dissanayake has called on the Rajapaksa’s, including the President and the Prime Minister to step down and leave the government.

“A discussion was held calling for proposals to uplift this country. One person at the meeting was Basil Rajapaksa. He is a thief. Then there is Ranil (Wickremesinghe) who protected fraudsters who looted millions from the central bank. Then there is the President who was facing cases for looting public resources and was only released because of his immunity. His lawyer said he had 35 cases,” said Dissanayake.

He labeled the All-Party Conference held on Wednesday (23) as one attended by those who were accused of looting public funds, including Finance Minister Basil Rajapaksa, Former Prime Minister Ranil Wickremesinghe, as well as Central Bank Governor Ajith Nivard Cabraal.

He was speaking at a rally themed “End the 74-year curse – Join Us to Dismiss the Tyrannical Govt.” organized by the National People’s Power in Nugegoda on Wednesday (23).