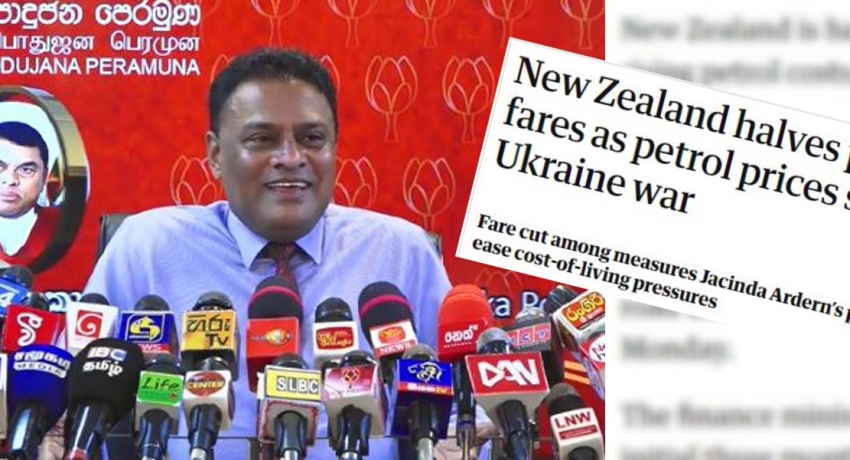 “We are facing a dollar crisis. This is not only seen in Sri Lanka, but in New Zealand as well. I have received images of people in line at New Zealand filling stations,” he told reporters on Monday (14).

Remarking that COVID-19 took a toll on major economies including the UK and US, the MP said it is only now that these economies are becoming stable following the pandemic.

“We need to be patient because at the moment Russia and Ukraine are at war,” he told reporters.

Speaking at the same briefing, the country’s energy minister Gamini Lokuge dismissed claims that MPs and ministers are NOT experiencing the issues faced by the people.

“We are also facing these issues. Most MPs and ministers call us and ask for Diesel. So, we call the filling stations and tell them that this specific MP will arrive, and to release fuel for the vehicle,” he said noting that it is an obligation as Energy Minister.

He said the government is purchasing fuel at whatever price for the people, adding that he did not see a single queue at any filling station from Piliyandala to Colombo.

Kiwi motorists will get some relief from soaring petrol prices, with the Government slashing fuel excise duties and road user charges by 25c a litre each from midnight on Monday (14).

The New Zealand cabinet had decided to reduce fuel excise duties and road user charges by 25c a litre each, for the next three months.

All public transport fares will also be halved from April 1 for three months.