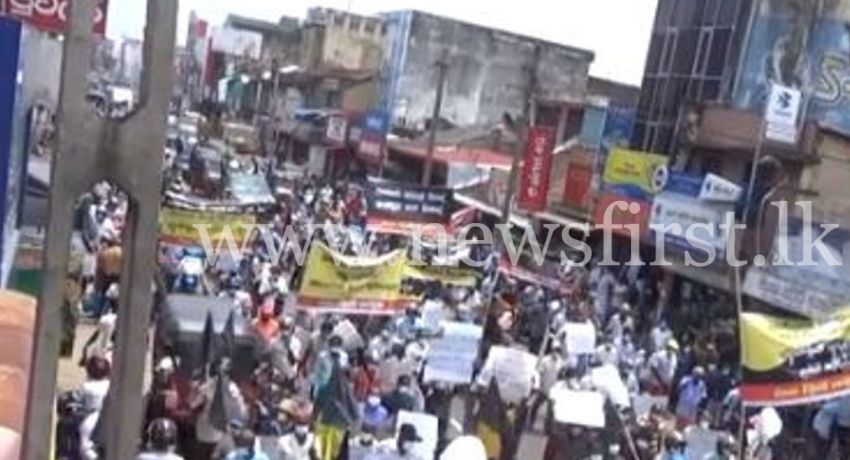 JVP protests in Ambalantoata against crises

JVP protests in Ambalantoata against crises

COLOMBO (News 1st); Vehicular movement came to a complete standstill in the Ambalantota Town during a protest organized by the Janatha Vimukthi Peramuna, against the increasing fuel prices and rising cost of living.

Protesters marched in two groups from Hambantota and Tangalle to Ambalantota.

News 1st correspondents said the Colombo – Kataragama Main Raod was completely obstructed from the Ambalantota Town due to the protest.