Was the rupee allowed to float due to ‘Money Laundering Act’?

Was the rupee allowed to float due to ‘Money Laundering Act’?

COLOMBO (News 1st); Serious concerns mount whether the rupee against the dollar was allowed to float due to the ‘Money laundering Act’ reaching its deadline, says the Leader of the Janatha Vimukthi Peramuna, Anura Kumara Dissanayake.

Speaking at a media briefing convened by the Janatha Vimukthi Peramuna today (11), Dissanayake mentioned that the act, which was passed for the purpose of laundering black money, remained active for only a period of 06 months, which ends on 31st March.

Therefore, there are serious concerns as to whether the dollar was allowed float to bring back hidden wealth and to launder it using this act, he stated.

As anyone utilizing this act are able to earn 6 billion rupees out of 100 million dollars, which is far more than what a major corporate company can earn as profit within a year, the JVP Leader said that even in the past, authorities attempted to carry out such corrupt businesses.

“They tried to hold the dollar at 203, but the value of a dollar in the market went to 250 rupees. Some export companies converted their dollar incomes from the open market at 250 rupees. I think they were able to earn a bigger profit through selling these dollars, something more than their trade income. And when these companies want to import raw materials for their exports, Basil Rajapaksa as the Finance Minister instructed the banks to honor their letters of credit. They have opened Letters of credit for these businessmen at 203 rupees for a dollar and then these businessmen convert their dollar income to 250 rupees,” he enunciated.

Alleging that some businessmen earned billions from these conversions, the JVP Leader went onto say that the Government allowed these black market practices to grow within our economy. 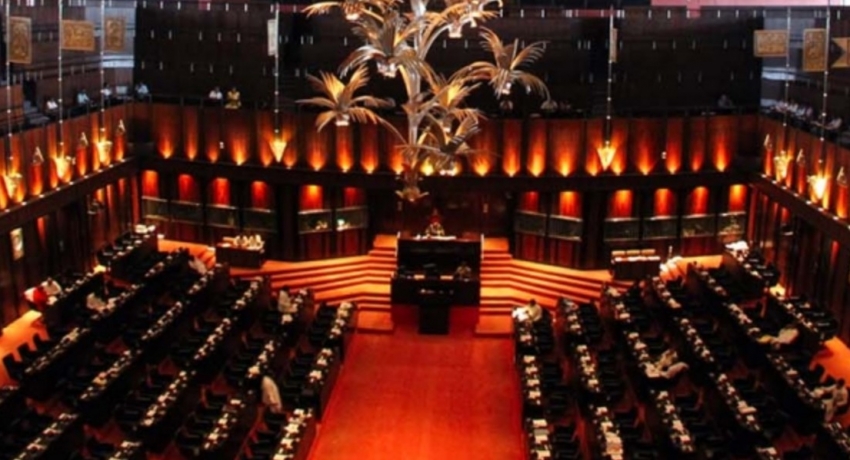