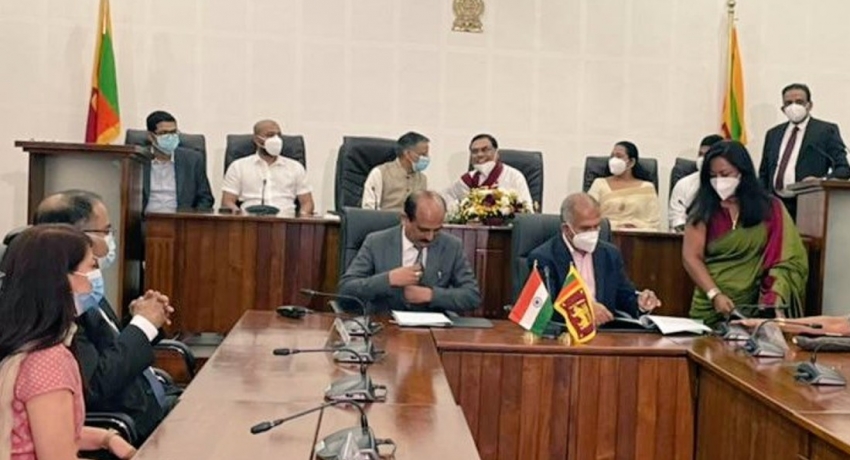 The Indian High Commission stated that the High Commissioner attend the signing of the agreement, along with 4 Ministers including the Finance Minister Basil Rajapaksa and the newly-appointed Minister of Energy, Pavithra Wanniarachchi.

In a press release, the Indian High commission noted that during the visit of Minister of Finance Basil Rajapaksa to India last year, both sides had resolved to enhance investments from India in various sectors in Sri Lanka that would contribute to growth and expand employment, and the Sampur Solar Power Project is an important step in this direction.

The Ministers attested to the strength of India-Sri Lanka economic partnership for mutual prosperity, including through cooperation in renewable energy, the High Commission added.

Moreover, the High Commission noted that cooperation with Sri Lanka in this domain will only become stronger with the implementation of the US$ 100 million Line of Credit offered by India to Sri Lanka for development of solar power projects in Sri Lanka. Similarly, there is significant interest among private sector on both sides for cooperation in renewable energy which is likely to increase in the coming years.

High Commissioner was delighted to attend the signing of the JVSHA between @ntpclimited & @CEB_lk today for the joint development of a solar power plant at Sampur. The presence of 4 Ministers of 🇱🇰 including Hon'ble @RealBRajapaksa and Hon'ble @PavithraWannia1 attests pic.twitter.com/nW8izFYBm7