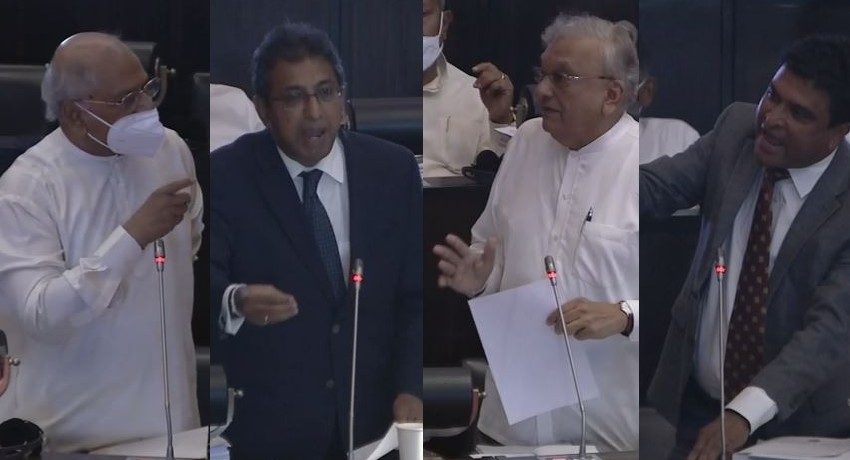 COLOMBO (News 1st); Tensions erupted at the Sri Lankan Parliament on Thursday (10) over the absence of the country’s Finance Minister to address the crises affecting the island nation.

Lakshman Kiriella, the Chief Opposition Whip representing the Samagi Jana Balavegaya stressed that it is the Parliament that decides on the finances, and yet, the Finance Minister has not made any comment to the house since the 10th of December 2021.

He said almost all the sectors in Sri Lanka have been financially affected, and the absence of the Finance Minister to address these concerns can only mean that the country is bankrupt.

Minister Dinesh Gunawardena, the Leader of the House demanded the MP withdraw these comments noting that the Finance Minister had in fact visited Parliament after the 2021 Budget debate.

Responding to requests to summon the Finance Minister, the Speaker said he as the Chair of Parliament has no right to summon an MP or Ministers, adding that if an MP is absent from Parliament for more than three months, disciplinary action will be taken.

Dr. Harsha De Silva, from the Samagi Jana Balavegaya, pointed out that the country’s foreign obligations are far greater than the foreign reserves maintained by the Central Bank of Sri Lanka, and this in fact means the country is bankrupt.

“We warned you to restructure the debt before servicing 500 Million Dollars. Yet, you went ahead. We are aware that some people earned 100% profits from that payment. In July you have to service a bond of USD 1 Billion. If that is serviced all the funds will be gone and we will lose it all,” he said.