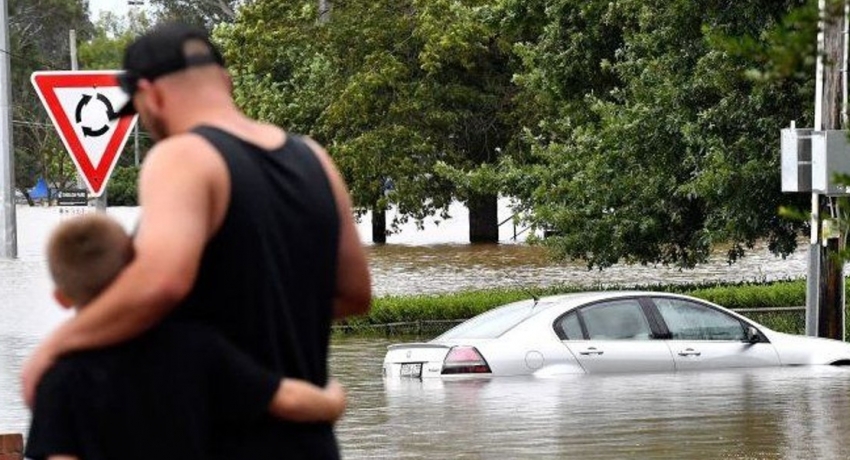 (News 1st); Tens of thousands of Sydney residents have been told to evacuate their homes as floods ravage eastern Australia.

In the past fortnight, New South Wales (NSW) and Queensland have been pummelled by heavy downpours that have caused floods and killed 20 people.

The threat has now intensified in Sydney, which has been hit by widespread flash-flooding.

Australian Police said their deaths would be investigated, but noted the canal had risen “from ankle-deep to above neck height in a matter of minutes”.

NSW Premier Dominic Perrottet said 40,000 residents in the state had been ordered to evacuate, and another 20,000 people were on standby.

He added that a dam in the suburb of Manly had begun to spill, and a flooded river was threatening lives in the city’s southwest.

There was also a “substantial catastrophe” in the state’s north, where more than 800 people had been placed in temporary accommodation.

The State Emergency Service said more than 2,500 people had requested help in the past 24 hours. Australian Defence Force soldiers have also been deployed.

“The best thing you can do right across our state is follow those instructions and please do not drive through flood waters,” Perrottet said.

He warned flash-flooding was likely to continue on Wednesday.