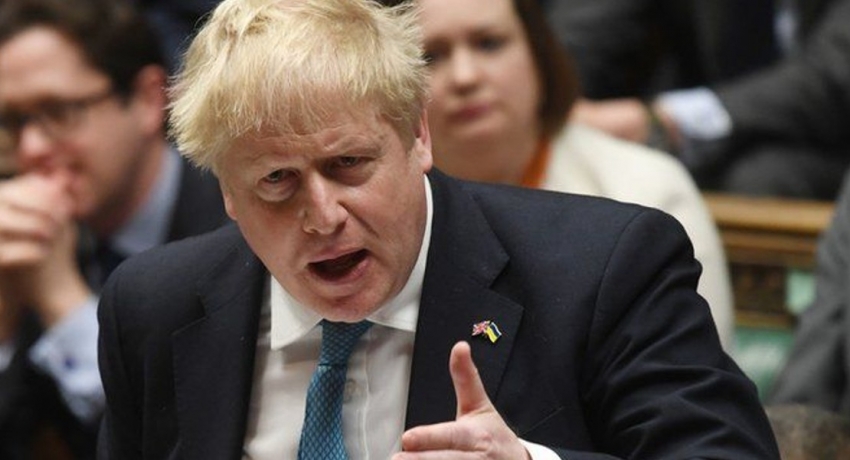 (News 1st); UK Prime Minister, Boris Johnson is to hold talks with the Canadian and Dutch Prime Ministers in London as Western powers prepare to agree on further sanctions on Russia.

It comes as the UK is allocating a further £74m to Ukraine’s Government to help mitigate its financial pressures.

The PM has set out a six-point plan to keep pressure on Russian President Vladimir Putin after the invasion of Ukraine.

Legislation to target money laundering by oligarchs close to Putin is also set to be passed in Parliament.

He is expected to push for international leaders to take further action to remove Russia from the Swift banking payment system and encourage them to support his proposals to tackle Russian aggression.

Europe Minister James Cleverly has said Russia’s latest offer of a ceasefire and escape route for civilians was “cynical beyond belief” after two previous attempts to create humanitarian corridors ended with civilians being shelled.

He further said “believe it when we see it” when it came to promises from Russia and said that the most humanitarian thing Russia could do was “end this completely illegal, completely unjustified invasion of Ukraine”.

Evacuation routes published by Russia’s RIA Novosti news agency show that civilians will only be able to leave to Russia and Belarus, which Cleverly described as “nonsense”.

Meanwhile, the US Secretary of State Anthony Blinken, who is visiting Lithuania, said there were active discussions among allies to ban the import of Russian oil.

The UK Government has announced asset freezes and travel bans on several oligarchs in recent days,

But it has faced accusations that it has been slow to sanction others with links to Putin.

MPs are expected to vote through all stages of the Economic Crime Bill in a single sitting on Monday.

The bill will set up a new register that will mean foreign owners of UK property must declare and verify their identities with Companies House.

It aims to stop overseas criminals and oligarchs from using agents to create companies or buy property for them in the UK.

In addition, new measures will make it simpler for UK authorities to sanction individuals, providing them with more time to carry out investigations, as well as protection from prohibitive legal costs.

Foreign Secretary Liz Truss said the bill will “give us the chance to bring even more crippling sanctions against Putin and his regime”.

Labour said it will support the legislation, but wants the proposed timeframe for property owners to register to be cut from six months to 28 days.

And Conservative MP David Davis has tabled an amendment to the bill which would prevent anyone who the government is considering sanctioning from selling or moving assets out of the UK.