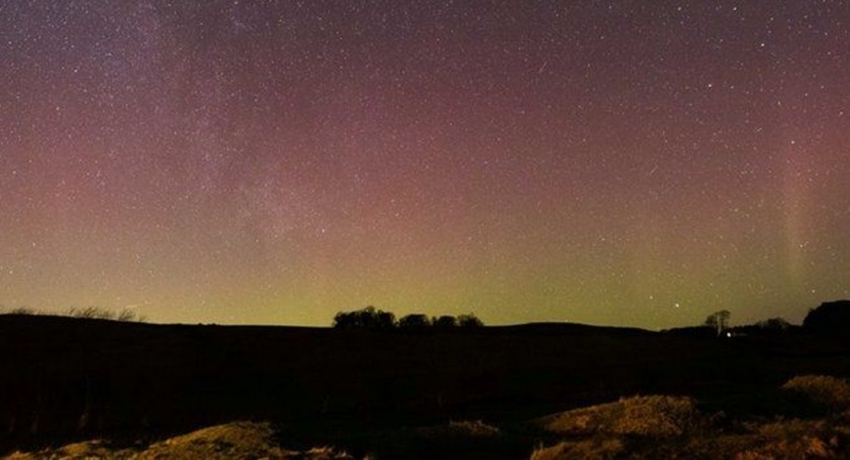 (News 1st); A family photo with the Northern Lights became a “one-in-a-million” shot after a shooting star flew in the background.

Steve Swan, his partner Louise Redpath and their children were posing during a stargazing night in Northumberland on Saturday (5) when the out-of-this-world event took place.

Swan said it was “ironic” as the foursome were the only ones not to see the star when it flew overhead.

Photographer Wil Cheung said he knew he would “never get that shot again”.

The family, from Morpeth, were at the event at the Twice Brewed Inn, near Hadrian’s Wall, when Cheung offered to take their picture in front of the aurora borealis display at about 21:00 GMT.

Swan said, “We couldn’t believe it when we saw the photo – ironically, we were the only ones in the group who didn’t get to see the shooting star when it happened – but we have a pretty special photo which captured the moment forever.”

Cheung, the inn’s “resident stargazer”, said, “Getting the aurora in the background and such a beautiful shooting star traveling across the sky just at the moment the family were posing for a photo – it’s amazing. I know I’ll never take another shot like that again.

Swan, whose mother booked the stargazing session for the family as a Christmas present, said they would be getting the photo printed, framed, and on the wall this week.