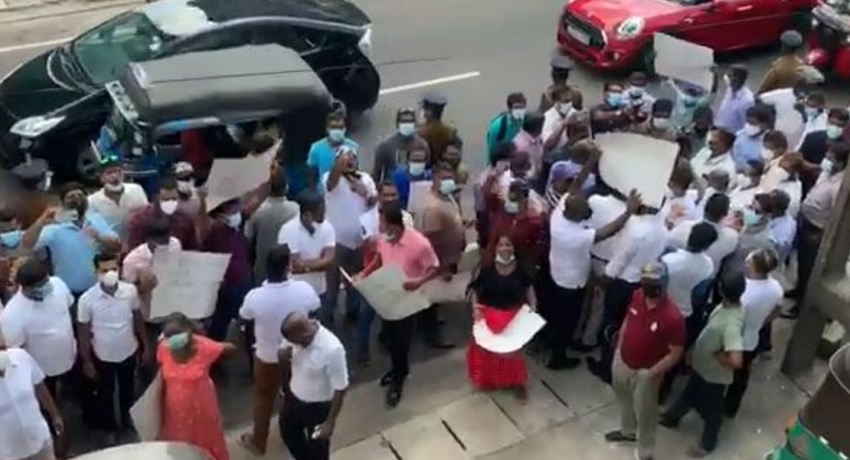 News 1st correspondents said that the MP led a group demanding to know what the former government did for the people when they were in power.

It was reported that eggs were also hurled at the SJB office premises while placards were posted on the vehicles parked there as well.

News 1st correspondents said that following the tense situation, the group dispersed from the premises.