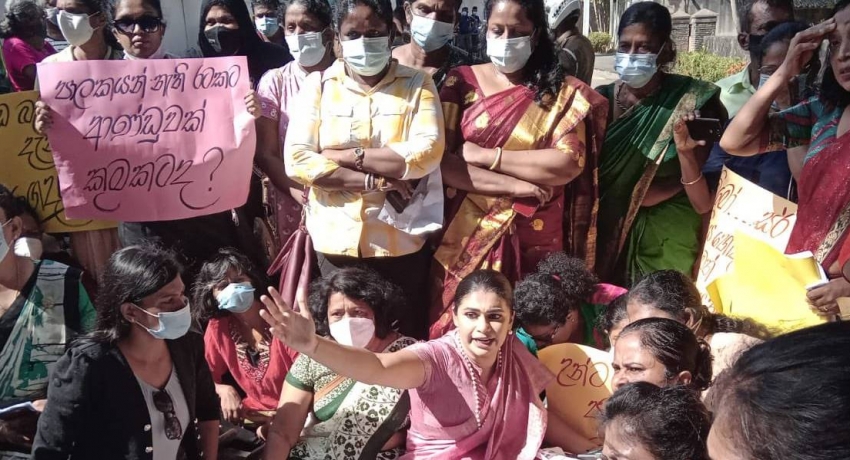 The Samagi Vanitha Balawegaya, led by Parliamentarian Hirunika Premachandra, staged a protest with regard to the rising cost of living and calling for solutions to a number of problems, including a shortage of essential goods.

The protest started this afternoon near Mirihana Junction, and later the group also went near the President’s house and protested.

This is outside the residence of Pres @GotabayaR in Mirihana. A few brave women led by @Hirunikaconnect of @womenforsjb have started a protest after handing him a letter regarding the soaring cost of living. I dunno if he realizes that people are absolutely SUFFERING. pic.twitter.com/gTQEaANx5K