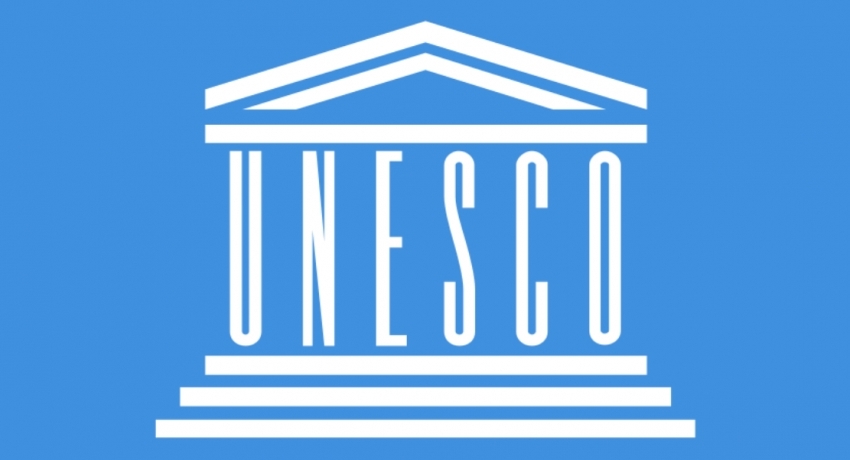 These include women and children, girls especially, disproportionately impacted by the conflict and displacement.

Following the adoption by the United Nations General Assembly of the Resolution on Aggression against Ukraine, and in light of the devastating escalation of violence, UNESCO is deeply concerned by developments in Ukraine and is working to assess damage across its spheres of competence (notably education, culture, heritage and information) and to implement emergency support actions.

Following the adoption by the United Nations General Assembly of the Resolution on Aggression against Ukraine, and in light of the devastating escalation of violence, UNESCO is deeply concerned by developments in Ukraine and is working to assess damage across its spheres of competence (notably education, culture, heritage and information) and to implement emergency support actions.

The UNGA Resolution reaffirms the paramount importance of the UN Charter and commitment to the sovereignty, independence, unity, and territorial integrity of Ukraine within its internationally recognized borders, and it demands “that the Russian Federation immediately cease its use of force against Ukraine.”

The Director-General, Audrey Azoulay, fully concurs with the opening remarks made by the Secretary-General at the Special Session of the General Assembly, during which he said that “this escalating violence — which is resulting in civilian deaths, including children – is totally unacceptable.”

In addition, she calls for the “protection of Ukrainian cultural heritage, which bears witness to the country’s rich history, and includes its seven World Heritage sites – notably located in Lviv and Kyiv; the cities of Odessa and Kharkiv, members of the UNESCO Creative Cities Network; its national archives, some of which feature in the UNESCO Memory of the World Register; and its sites commemorating the tragedy of the Holocaust.”

Consistent with its mandate, UNESCO demands the immediate cessation of attacks on civilian facilities, such as schools, universities, memorial sites, cultural and communication infrastructures, and deplores civilian casualties, including students, teachers, artists, scientists and journalists. These include women and children, girls especially, disproportionately impacted by the conflict and displacement.

In the field of education, Resolution 2601 adopted in 2021 by the UN Security Council states that UN Member States are to “prevent attacks and threats of attacks against schools and ensure the protection of schools and civilians connected with schools, including children and teachers during armed conflict as well as in post-conflict phases”. The General Assembly Resolution of 2 March expresses grave concern at reports of attacks on civilian facilities including schools. In this regard, UNESCO strongly condemns attacks against education facilities, with the damaging of at least seven institutions in the past week, including the attack on 2 March on Karazin Kharkiv National University.

The nationwide closure of schools and education facilities has affected the entire school-aged population — 6 million students between 3 and 17 years old, and more than 1.5 million enrolled in higher education institutions. The escalation of violence hampers the protective role of education, and the impact may be far-reaching including in neighbouring countries.

In the field of culture, UNESCO underlines the obligations of international humanitarian law, notably the 1954 Hague Convention for the Protection of Cultural Property in the Event of Armed Conflict and its two (1954 and 1999) Protocols, to refrain from inflicting damage to cultural property, and condemns all attacks and damage to cultural heritage in all its forms in Ukraine. UNESCO calls also for the full implementation of UN Security Council Resolution 2347.

In this respect, UNESCO is gravely concerned with the damages incurred by the city of Kharkiv, UNESCO Creative City for Music, and the historic centre of Chernihiv, on Ukraine’s World Heritage Tentative List. UNESCO deeply regrets reports of damage to the works of the celebrated Ukrainian artist, Maria Primachenko, with whose anniversary UNESCO was associated in 2009.

UNESCO condemns also the attack that affected the Babyn Yar Holocaust memorial, the site of one of the largest mass shootings of Jews during World War II, and calls for the respect of historic sites, whose value for education and remembrance is irreplaceable.

In order to prevent attacks, UNESCO, in close coordination with the Ukrainian authorities, is working to mark as quickly as possible key historic monuments and sites across Ukraine with the distinctive emblem of the 1954 Hague Convention, an internationally recognised signal for the protection of cultural heritage in the event of armed conflict. In addition, UNESCO has approached the Ukrainian authorities with a view to organising a meeting with museum directors across the country to help them respond to urgent needs for safeguarding museum collections and cultural property. In cooperation with UNITAR/UNOSAT, UNESCO will be monitoring the damages incurred by cultural sites through satellite imagery analysis.

In the field of access to information and freedom of expression, UNESCO recalls its previous statement underlining obligations under UN Security Council Resolution 2222 to protect media professionals and associated personnel. It further notes, as in the same resolution, “media equipment and installations constitute civilian objects, and in this respect shall not be the object of attack or of reprisals, unless they are military objectives”.

In this respect, UNESCO is deeply concerned about reports of the targeting of media infrastructure, including the shelling of Kyiv’s main television tower on 1 March 2022, with multiple reported fatalities, including at least one media worker, as well as cases of violence against journalists and attempts to restrict access to the Internet.

In a conflict situation, free and independent media are critical for ensuring civilians have access to potentially life-saving information and debunking disinformation and rumours.

At the request of a group of Member States, the UNESCO Executive Board will hold a Special Session on 15 March “to examine the impact and consequences of the current situation in Ukraine in all aspects of UNESCO’s mandate”.