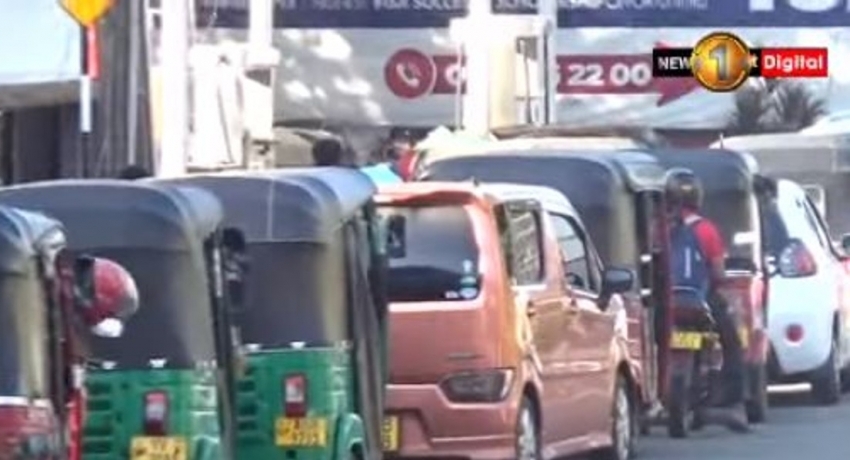 COLOMBO (News 1st); Thousands across Sri Lanka were forced to spend the night near filling stations on Tuesday (March 1st) due to the shortage of fuel.

News 1st correspondents said that people are still waiting near the filling stations to obtain fuel as many were forced to wait in line for the past several days.

IGP C.D Wickramaratne has ordered all Senior Police Officers to ensure that is NO breach of public order at filling stations.

Despite the long queues, the Chairman of the Ceylon Petroleum Corporation stated that the corporation has sufficient fuel stocks.

The Chairman of the Ceylon Petroleum Corporation points out that this situation has arisen due to people purchasing fuel in excess over the past few days.

The Chairman hopes that the current situation will be restored within the next two days.

The Petroleum Corporation urges the public to refrain from rushing to get fuel.

Meanwhile, the Ministry of Energy stated that a ship carrying 37,000 MT of Diesel is due to arrive on Wednesday (2).