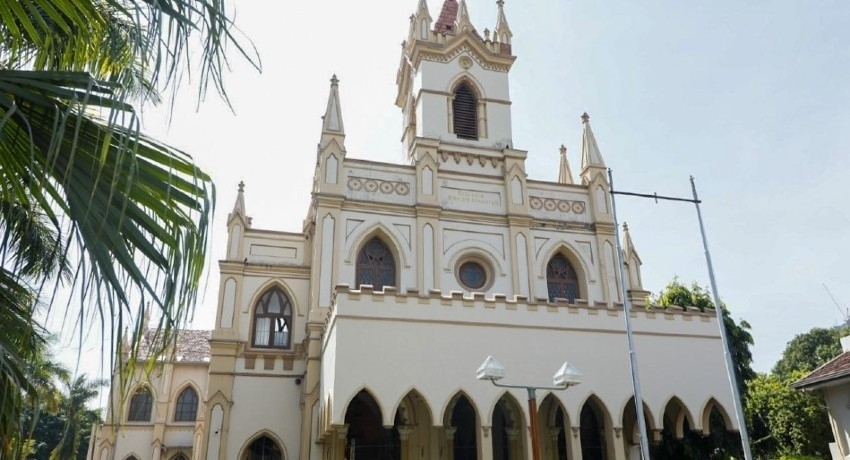 COLOMBO (News 1st); Three suspects arrested and remanded over the discovery of a hand grenade at the All Saint’s Church in Borella in January 2022, were remanded until the 14th of March 2022.

Among the arrested is a retired doctor from Piliyandala.

When the case was called up on Monday (28), Colombo Additional Magistrate Rajindra Jayasuriya rejected the application made to release the suspects.

The Attorney General on Monday (28) informed the court that he would not proceed against the suspects based on the Prevention of Terrorism Act, instead would carry out investigations are per the provisions of the Offensive Weapons Act and the Penal Code.

State Counsel Hansa Abeyratne appearing for the Attorney General requested the court to further remand the suspects, for the investigations to continue.

The State Counsel also informed the court that investigations revealed that the suspects are connected to two similar incidents of placing grenades, and further investigations are underway on those avenues as well.

However, Attorney-at-Law Chaminda Athukorala appearing for Dr. Shirley Herath, one of the suspects, told the court that the state had not produced any evidence to prove that his client had committed an offense under the Offensive weapons Act.

Counsel appearing for all the suspects rejected the allegations made by the Attorney General claiming that their clients were connected to two other similar incidents, sought the release of the suspects from the country.