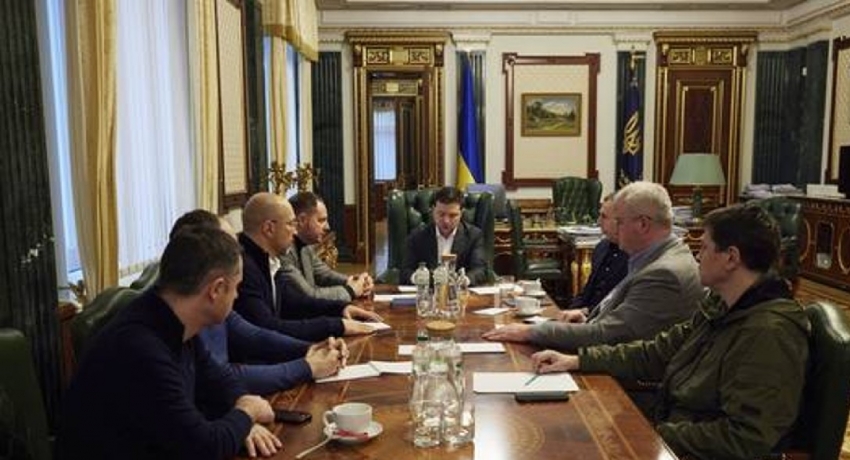 Ukrainian President Volodymyr Zelensky is ready to start negotiating a ceasefire with Russia, his spokesperson has said, claiming that Kiev has been in touch with the Kremlin about a possible venue and the date of the talks. Moscow previously said the Ukrainian leader “disappeared” after initially agreeing to negotiations.

“I have to refute the claims that we have refused to negotiate,” Zelensky spokesman Sergii Nykyforov wrote in a Facebook post on Saturday.

“Ukraine was and remains ready to talk about ceasefire and peace” he said, insisting that currently, “the parties are consulting about the place and time of the negotiation process.”

Kiev also appeared to confirm reports that the Zelensky Government had asked Tel Aviv to serve as a mediator at the talks with the Kremlin.

Ukraine’s Ambassador to Israel Yevgen Korniychuk told the New York Times that Tel Aviv has yet to respond. “They didn’t say no. They are trying to figure out where they are in this chess play,” he said, adding “We do believe that Israel is the only democratic state in the world that has great relations with both Ukraine and Russia.”

Shortly before Nykyforov released his statement, Russian Foreign Ministry spokeswoman Maria Zakharova claimed that Kiev refused to hold negotiations on Friday, adding that Kiev suggested postponing the discussion of the issue till Saturday.

Zelensky had earlier suggested the Polish capital of Warsaw as a venue for the talks rather than Moscow’s proposal of Minsk, but “disappeared” soon after, Kremlin spokesman Dmitry Peskov said earlier on Friday. The Kremlin spokesman also accused “nationalist elements” within Ukraine of deploying rockets into residential areas around the same time, warning that could result in civilian casualties.

In a national address early Friday, the Ukrainian president said he is “not afraid to talk with Russia,” including about a “neutral status” for Ukraine, but demanded third-party guarantees. The Ukrainian leader also claimed that NATO and the European leaders left Ukraine to fend for itself.

Moscow launched a “special military operation” in the Donbass early on Thursday morning at the request of the region’s recently recognized Donetsk (DPR) and Lugansk (LPR) People’s Republics, vowing to demilitarize Ukraine and defend the people against “Ukranian aggression.” The mission has targeted military sites across Ukraine and Russian forces have since advanced into major cities, reportedly closing in on the capital of Kiev.