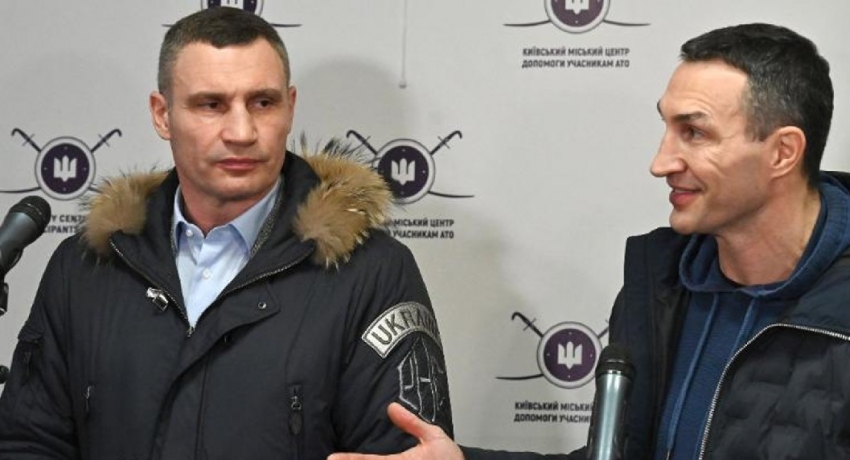 (News 1st); Former heavyweight boxing champion Vitali Klitschko said he would take up arms alongside his brother and fellow Hall of Famer Wladimir Klitschko to fight in what is a “bloody war” following Russia’s invasion of Ukraine.

Russia launched its invasion by land, air and sea on Thursday following a declaration of war by President Vladimir Putin. An estimated 100,000 people have fled as explosions and gunfire rocked major cities. Dozens have been reported killed.

Vitali Klitschko, who has been the mayor of Ukraine’s capital Kyiv since 2014, said he was ready to fight.

Vitali Klitschko said Kyiv was under threat and the main priority was to work with police and military forces to support critical infrastructure, including the delivery of electricity, gas and water for its citizens.