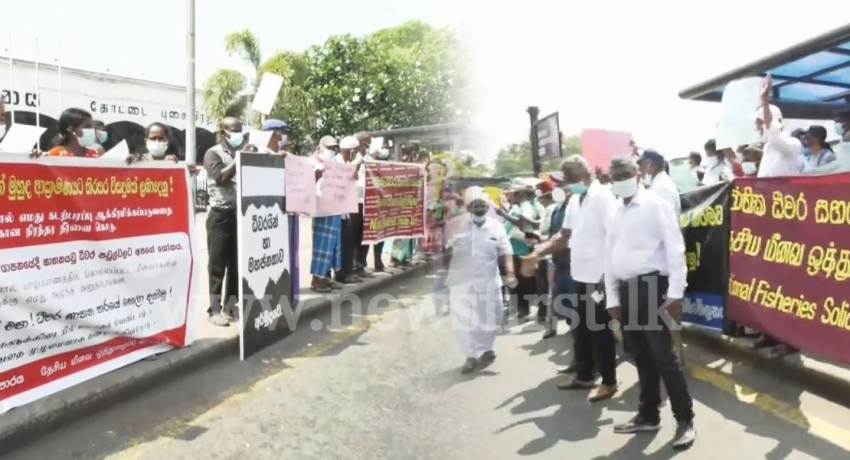 The protest took place opposite the Fort Railway Station, Colombo, and members from multiple fishermen trade unions took part in the protests.

Their key demand was that authorities take the necessary action to ensure that Sri Lankan fishermen can engage in fishing in the Sea of Sri Lanka peacefully, without any threat from Indian fishermen.

“We want Indian trawlers to be banned from entering the Sea of Sri Lanka,” said the MP.