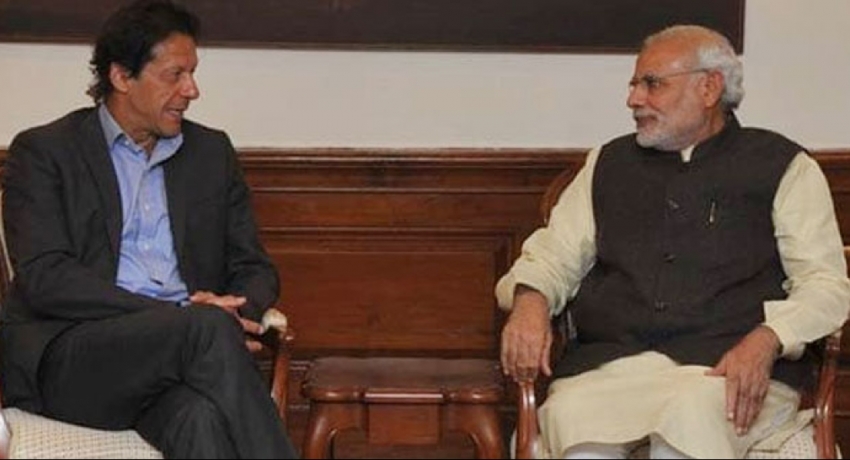 COLOMBO (News 1st); Pakistani Prime Minister, Imran Khan said on Tuesday (22) that he would like to have a Televised debate with his Indian Counterpart, Narendra Modi, to resolve differences between the two neighbours.

The nuclear-powered rivals have shared antagonistic relations since gaining independence 75 years ago, fighting three wars, with ties strained recently over the northern Muslim-majority region of Kashmir, which both claim in full.

“I would love to debate with Narendra Modi on TV,” Khan stated in an interview on Tuesday (22), adding that it would be beneficial for the billion people in the subcontinent if differences could be resolved through debate.

“India became a hostile country so trade with them became minimal,” Khan said, stressing his Government’s policy was to have trade relations with all countries.

Khan’s remarks follow similar comments recently by Pakistan’s top commercial official, Razzak Dawood, who, according to media, told journalists he supported trade ties with India, which would benefit both sides.

Khan said Pakistan’s regional trading options were already limited, with Iran, its southwestern neighbour, under U.S. sanctions and Afghanistan, to the west, involved in decades of war.

Pakistan shares strong economic ties with its northern neighbor, China, which has committed billions of dollars for infrastructure and other projects under its Belt and Road Initiative.

Khan’s interview came on the eve of a visit to Moscow, where he will meet President Vladimir Putin – the first visit by a Pakistani leader to Russia in two decades.

The two-day visit for talks on economic cooperation was planned before the current crisis over Ukraine.

“This doesn’t concern us, we have a bilateral relation with Russia and we really want to strengthen it,” Khan noted on the Ukraine crisis.