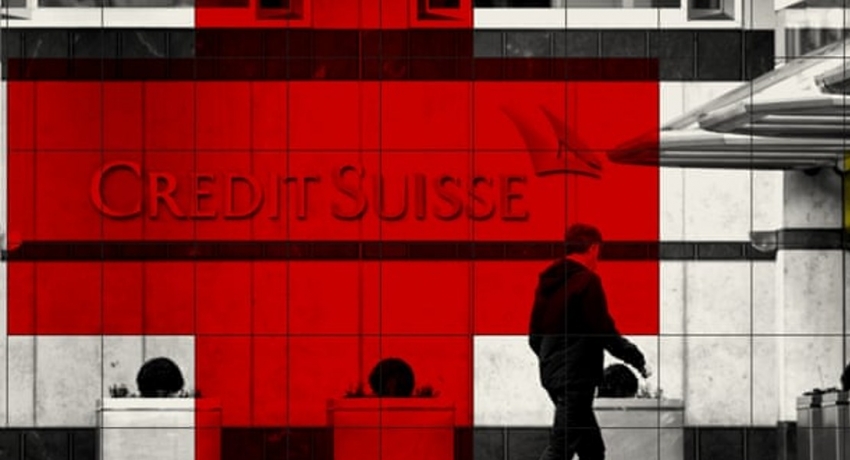 (The Guardian) Amassive leak from one of the world’s biggest private banks, Credit Suisse, has exposed the hidden wealth of clients involved in torture, drug trafficking, money laundering, corruption, and other serious crimes.

Details of accounts linked to 30,000 Credit Suisse clients all over the world are contained in the leak, which unmasks the beneficiaries of more than 100bn Swiss francs (£80bn)* held in one of Switzerland’s best-known financial institutions.

The leak points to widespread failures of due diligence by Credit Suisse, despite repeated pledges over decades to weed out dubious clients and illicit funds. The Guardian is part of a consortium of media outlets given exclusive access to the data.

We can reveal how Credit Suisse repeatedly either opened or maintained bank accounts for a panoramic array of high-risk clients across the world.
They include a human trafficker in the Philippines, a Hong Kong stock exchange boss jailed for bribery, a billionaire who ordered the murder of his Lebanese pop star girlfriend and executives who looted Venezuela’s state oil company, as well as corrupt politicians from Egypt to Ukraine.

One Vatican-owned account in the data was used to spend €350m (£290m) in an allegedly fraudulent investment in London property that is at the centre of an ongoing criminal trial of several defendants, including a cardinal.

The huge trove of banking data was leaked by an anonymous whistleblower to the German newspaper Süddeutsche Zeitung. “I believe that Swiss banking secrecy laws are immoral,” the whistleblower source said in a statement. “The pretext of protecting financial privacy is merely a fig leaf covering the shameful role of Swiss banks as collaborators of tax evaders.”

“Credit Suisse strongly rejects the allegations and inferences about the bank’s purported business practices,” the bank said in a statement, arguing that the matters uncovered by reporters are based on “selective information taken out of context, resulting in tendentious interpretations of the bank’s business conduct.”

The bank also said the allegations were largely historical, in some instances dating back to a time when “laws, practices and expectations of financial institutions were very different from where they are now”.

While some accounts in the data were open as far back as the 1940s, more than two-thirds were opened since 2000. Many of those were still open well into the last decade, and a portion remain open today.

What is the Suisse secrets leak?

Suisse secrets is a global journalistic investigation into a leak of data from the Swiss bank Credit Suisse. It comprises more than 18,000 bank accounts that were leaked to Süddeutsche Zeitung by a whistleblower who said Swiss banking secrecy laws were “immoral”. The data, which is only a partial capture of the bank’s 1.5 million private banking clients, is linked to more than 30,000 Credit Suisse clients. The leak includes personal, shared and corporate bank accounts – holding, on average, 7.5m Swiss francs (CHF). Almost 200 accounts in the data are worth more than 100m CHF, and more than a dozen are valued in the billions. While some accounts in the data were open as far back as the 1940s, more than two-thirds were opened since 2000. Many of those were still open well into the last decade, and a portion remain open today.

The Guardian was among more than 48 media partners around the world including journalists at Le Monde, NDR, the Miami Herald and the New York Times. They spent months using the data to investigate the bank, in a project coordinated by Süddeutsche Zeitung and the Organized Crime and Corruption Reporting Project (OCCRP). They unearthed evidence Credit Suisse accounts had been used by clients involved in torture, drug trafficking, money laundering, corruption and other serious crimes, suggesting widespread failures of due diligence by the bank. It is not illegal to have a Swiss account and the leak also contained data of legitimate clients who had done nothing wrong. In its response, Credit Suisse said it “strongly rejects the allegations and inferences about the bank’s purported business practices”.