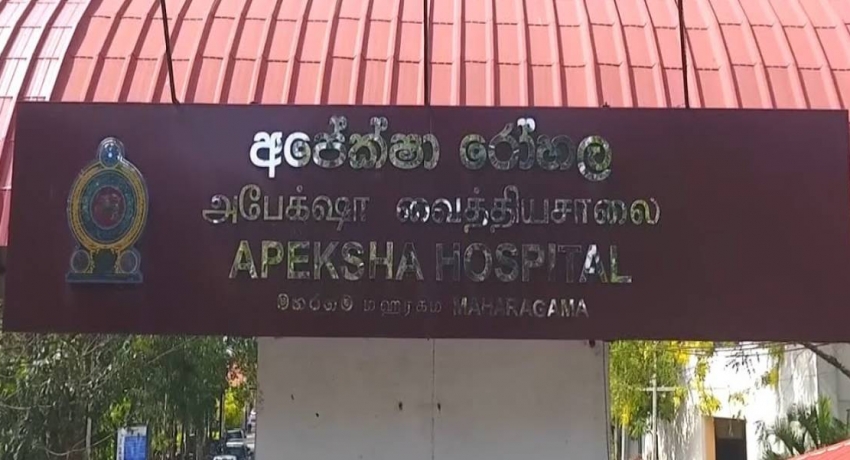 COLOMBO (News 1st); The Maharagama Apeksha Hospital has been experiencing a shortage of medicines and drugs for a certain period of time.

Meanwhile, issues due to the shortage of drugs in hospitals treating cancer patients have aggravated the situation.

Apeksha Hospital in Maharagama is the premier treatment center for cancer patients in the country.

However, patients who come to the hospital for treatment for several months point out that there is a shortage of certain medicines they need, while they are being given chits to go and purchase the relevant medicine from the private sector.

A woman, speaking to News 1st lamented that she has to obtain medicine once per month depending on her condition, and so far, the medicine she needs has not been made available at the hospital since January. Due to this, the woman mentioned, her condition has worsened.

“I have to purchase this personally because I didn’t have a choice. The injection that I need costs about Rs. 111,443. Maybe this month I can manage it. But I can’t afford to take it the next month. This drug is very expensive,” she said.

Most patients were reported to have been turned away from the hospital pharmacy due to the unavailability of medicines.

However, when inquired from the Director of the Maharagama Apeksha Hospital, Dr. Vijith Gunasekara, as to whether there is a shortage of such drugs and certain vaccines, he said that drugs and vaccines prescribed to the patients are available at the hospital. Although, he added that there is a delay in receiving some medicine that are imported specially for each patient.

Meanwhile, patients at the Badulla General Hospital also say that there is a shortage of certain vaccines and medicines given to cancer patients.

A liver cancer patient bemoaned that according to his condition, an operation cannot be performed as he has to be medicated to reduce the cancer. However, the patient said, he has not received the medicine for over six weeks.