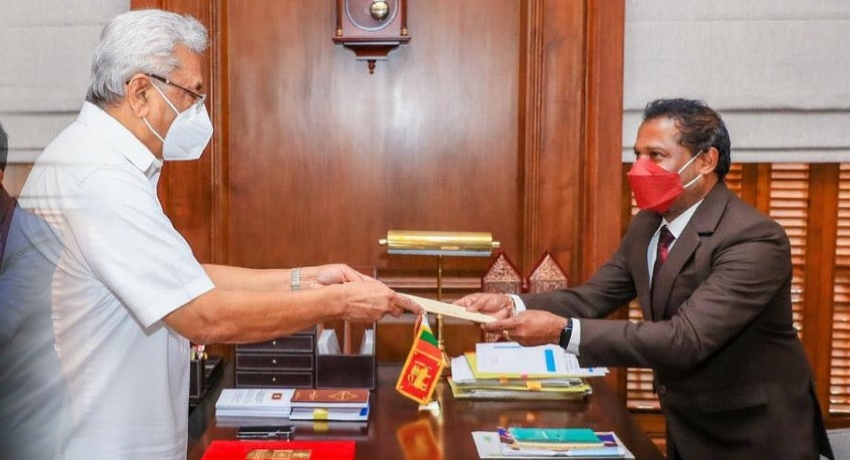 COLOMBO (News 1st); Two new Secretaries have been appointed to State Ministries by the President on Friday (18).

Accordingly, the former Puttalam District Secretary K.G. Wijesiri has been appointed the Secretary of the State Ministry of Tanks, Reservoirs and Irrigation Development related to Rural Paddy Fields whilst the former Trincomalee District Secretariat S.D. Pandikorala has been appointed the Secretary to the State Ministry of Development of Minor Crops Plantation Including Sugar Cane Maize, Cashew, Pepper, Cinnamon, Cloves, Betel, Related Industries and Export Promotion.

The two Secretaries were handed over their appointment letters at the Presidential Secretariat.