COLOMBO (News 1st); An immediate inquiry was conducted at the request of the Agriculture Minister Mahindananda Aluthgamage after Wayamba Farmers’ Associations lodged a complaint alleging that old paddy was stored at paddy storage units.

According to an audit conducted, it was revealed that 1.5 million kilograms of old paddy has been stored in the warehouse and 300,000 kilograms were already used for the production of animal feed.

The Minister then took steps to suspend two officials who were responsible for the handling of old paddy.

The relevant warehouses were sealed off while an investigation by the Criminal Investigation Department is underway. 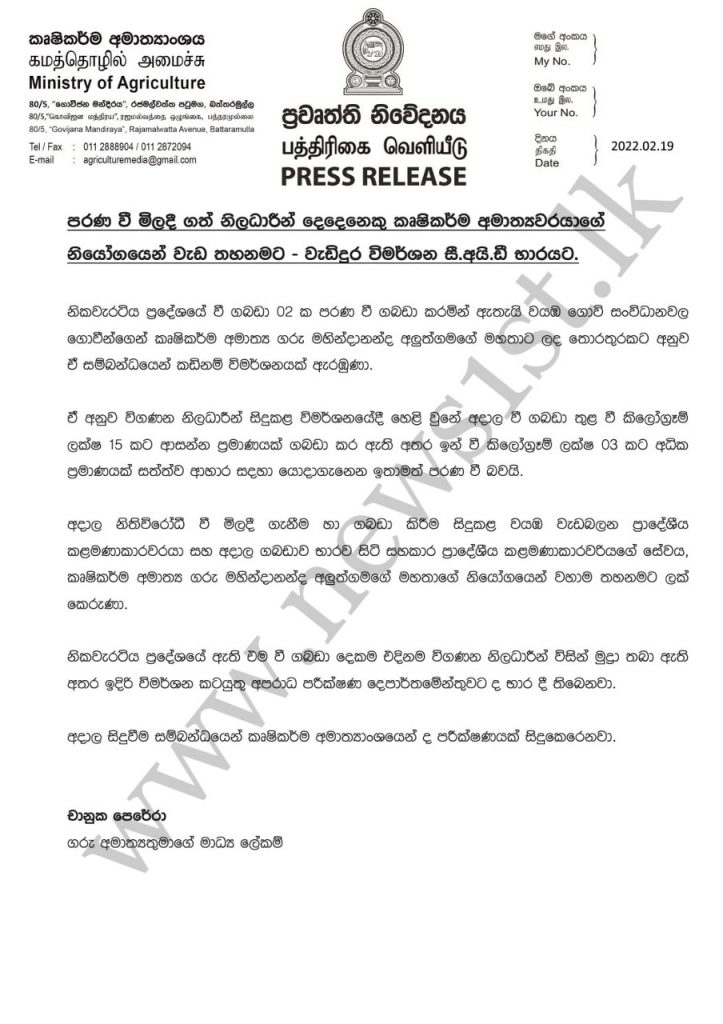