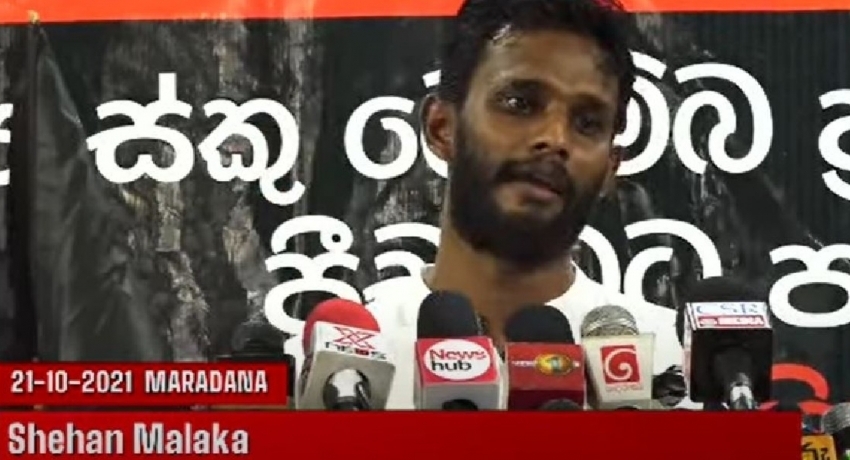 Activist Shehan Malaka granted bail, day after he was arrested by CID in the street

Activist Shehan Malaka granted bail, day after he was arrested by CID in the street

Maligakanda Magistrate Thanuja Lakmali ordered for Shehan Malaka to be released on a cash bail of Rs. 15,000/- and two surety bails of Rs. 500,000/- each.

In addition, a travel ban was also put in place by the Magistrate.

On Monday (14) Social activist Shehan Malaka Gamage was arrested by the Criminal Investigations Department over a statement he had made on the Easter Attacks during a media briefing held last year.

Police Spokesman SSP Nihal Thalduwa said he was arrested in Panadura following the advice by the Attorney General.

Shehan Malaka is among the activists who have been demanding justice over the 2019 April 21st attacks that killed more than 250 people.

The arrest was streamed live on his Facebook page.

This video shot on the activist’s mobile phone shows him asking the officers for a document warranting his arrest.