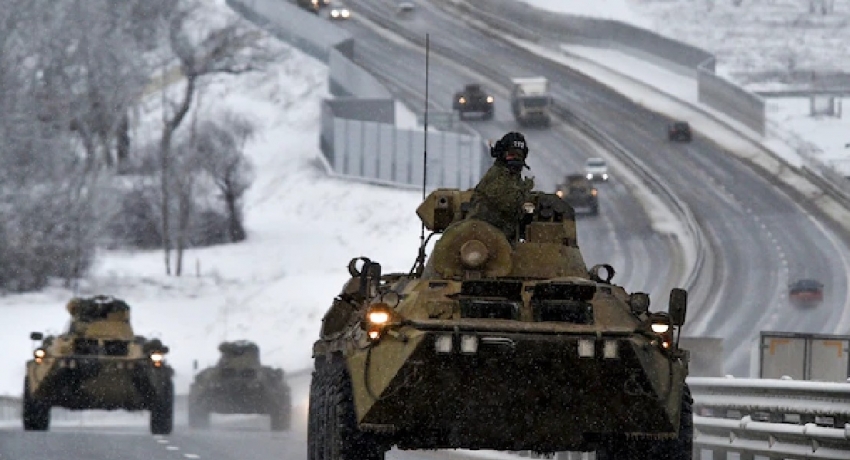 (News 1st); Ukraine has called for a meeting with Russia and other members of a key European security group over the escalating tensions on its border.

He said the “next step” was requesting a meeting within the next 48 hours for “transparency” about Russia’s plans.

Russia has denied any plans to invade Ukraine despite the build-up of some 100,000 soldiers on Ukraine’s borders.

The Ministry of Foreign affairs said Ukraine had, on Friday (11), demanded answers from Russia under the rules of the Vienna Document, an agreement about security issues adopted by the members of the Organisation for Security and Cooperation in Europe (OSCE), which includes Russia.

“If Russia is serious when it talks about the indivisibility of security in the OSCE space, it must fulfil its commitment to military transparency in order to de-escalate tensions and enhance security for all,” he said.

Some Western nations have warned that Russia is preparing for an invasion, with the US saying it could begin with aerial bombardments “at any time”.

More than a dozen nations have urged their citizens to leave Ukraine, and some have pulled embassy staff from the capital.

International media reported that the US is preparing to withdraw all its personnel from Kiev within the next 48 hours, citing three sources.

But Ukraine’s President Volodymyr Zelensky, who criticised the “panic” that could spread from such claims, said he had no proof that Russia was planning an invasion in the coming days.

On Sunday (13), President Zelensky spoke for nearly an hour by phone with US President Joe Biden.

The White House said President Biden reiterated US support for Ukraine, and that both leaders had agreed on “the importance of continuing to pursue diplomacy and deterrence”.

Ukraine’s statement of the call said its president thanked the US for its “unwavering support” and that, at the end, President Zelensky invited the US leader to come to Ukraine. There has been no comment from the White House.