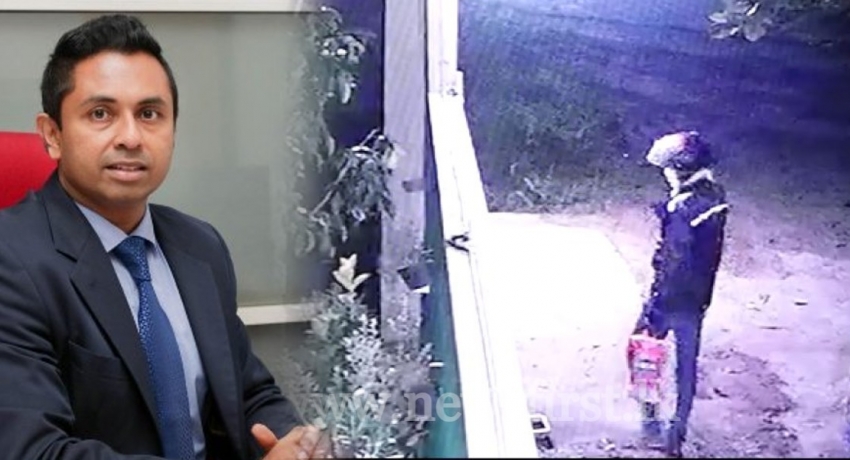 COLOMBO (News 1st); The residence of veteran journalist Chamuditha Samarawickrama was attacked by an unknown group on Monday (14) morning.

Four unidentified men in a white van had forced their way into the Cambridge Court housing complex in Piliyandala early on Monday (14) and held the security officer at gunpoint before proceeding to the residence of Chamuditha Samarawickrama.

“I heard a knock on the gate at around 2 AM,” said the security officer adding that even before he could speak a word, one of the men held him from his shirt, forced him to sit inside the security hut, and held a gun to his head.

The unidentified group of men had proceeded to Chamuditha Samarawickrama’s residence at attacked it with stones and human waste, causing considerable damage to the residence.

Journalist Chamuditha Samarawickrama told News 1st that he and his wife were asleep and were woken by a loud noise.

“We noticed repeated strikes on the roof and we decided to switch on the light. Thereafter, the strikes reduced. When we looked out we discovered the stones. The glasses were also destroyed. They even threw feces at the residence,” he said.

The Police Emergency Hotlines was contacted by the journalists, and the Piliyandala Police had immediately visited the residence for investigations.

Fellow journalists have condemned the attack on Chamuditha Samarawickrama’s residence.